U.S. lawmakers have made references in an appropriations bill and accompanying Senate Intelligence Committee report that Congress believes some unidentified aerial phenomena (UAP), commonly referred to as UFOs, might not be “man-made.”

Further, Congress notes that threats against the national security of the United States from these “cross-domain transmedium” objects have been exponentially increasing.

The noteworthy admissions are found in a bill (pdf), and a report included as an addendum, to authorize the 2023 fiscal year budget related to America’s Intelligence Community.

The bill seeks to modify Section 1683 of the National Defense Authorization Act for fiscal year 2022 to establish an organization nestled inside the Department of Defense (DoD) tasked with an expanded scope of UFO investigation.

The legislation states that the DoD would have to establish the new office within 120 days after the bill is enacted into law.

The new office would replace the Pentagon’s Airborne Object Identification and Management Synchronization Group, which was established in November 2021 and replaced the U.S. Navy’s UAP Task Force formed in June 2020.

To prompt the DoD into action, Congress has renamed the UAP Task Force to be the Unidentified Aerospace-Undersea Phenomena Joint Program Office.

“At a time when cross-domain transmedium threats to United States national security are expanding exponentially, the Committee is disappointed with the slow pace of DoD-led efforts to establish the office to address those threats and to replace the former Unidentified Aerial Phenomena Task Force,” lawmakers said in the report (pdf).

The new UFO joint program office will continue the work of the existing UAP Task Force and have an expanded cross-domain scope that now includes “space, atmospheric, and water domains.”

According to the bill, the Unidentified Aerospace-Undersea Phenomena Joint Program Office will also be tasked with duties pertaining to “transmedium objects or devices and unidentified aerospace-undersea phenomena” and “currently unknown 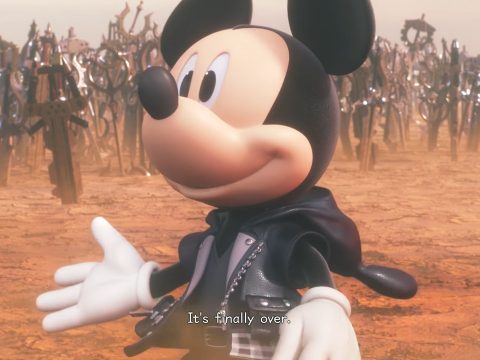