A privately-held corporation associated with Democratic Connecticut Sen. Richard Blumenthal and his wife bought and sold securities in the stock trading platform Robinhood while the senator and his colleagues called for investigations of the popular app.

Blumenthal, one of the wealthiest members of Congress, reported that a limited liability corporation bought and sold Robinhood shares on behalf of his wife in February, October, November and December 2021. Blumenthal failed to report the December trades in a timely fashion, violating a federal law that mandates reporting of financial activities.

Robinhood has been in the crosshairs of federal regulators since the January 2021 meme stock craze, when day traders primarily associated with the WallStreetBets subreddit used the app to drive up the price of stocks like GameStop, AMC and BlackBerry. After temporarily shutting down trades for several meme stocks, the company was forced to pay $70 million in fines and restitution to users. (RELATED: Janet Yellen Convenes Meeting Of Top Financial Regulators To Discuss Meme Stocks)

The Peter L. Malkin Family 2000 LLC purchased between $500,000 and $1 million worth of Robinhood stock on Feb. 1, 2021 as calls to regulate the company began heating up. Blumenthal called for “legislative reform” to regulate the company that same day, saying that “investigation by consumer protectors & Congress seems necessary.”

The LLC later sold between $265,000 and $550,000 worth of shares in Robinhood on Dec. 8, 2021. However, that transaction was not filed with the Secretary of the Senate until Feb. 2, 2022, outside of the 45-day reporting window required by the STOCK Act, which regulates the financial transactions of members of Congress, their top aides and executive branch officials.

The trades were first reported by the Washington Free Beacon.

A spokeswoman for Blumenthal told the Daily Caller that the senator “owns no individual stocks and his wife has no influence or control over her assets, which are primarily held in family trusts.” She did not address the potential STOCK Act violation.

STOCK Act violations are widespread, as is the perception that members of Congress use their positions to make beneficial stock trades. Thirty-five members of Congress outperformed a major S&P 500 index fund in 2021, an analysis conducted by the financial analysis website Unusual Whales found. Several members, most notably Democratic Reps. Cindy Axne of Iowa and Tom Malinowski of New Jersey, have revealed stock trades involving companies that they conduct direct oversight of through their committee work.

Proposals to ban members of Congress from trading individual stocks have been met with a mixed reception. Speaker of the House Nancy Pelosi has flip-flopped on her support for such legislation, while House Minority Leader Kevin McCarthy has promised to pass a ban if Republicans take back the House in the midterms.

0 5
‘Try To Cover Your Ass:’ Rand Paul Demands Fauci Resign For Refusing To Admit To Funding Gain Of Function Research In Wuhan 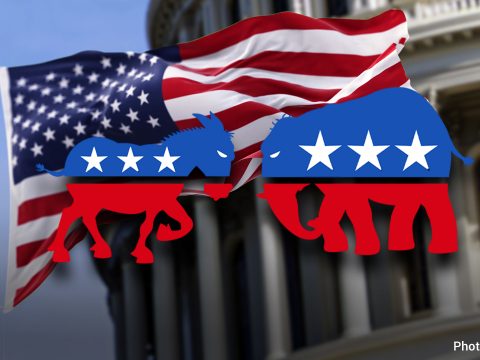