Nazem Kadri deserves to be the most valuable player (MVP) in hockey. Kadri is a forward for the Colorado Avalanche, and he is having the best year in his career. More than that, Kadri’s personal and professional growth reminds me of why I like sports in the first place.

Across the first 33 games in the 2021-2022 season, Kadri “was fifth in the NHL and first on the Avalanche with 49 points, including 14 goals.” Fans voted him as the “Last Man In” for the All-Star Game this year. With Kadri’s help, Colorado Avalanche has become the most exciting NHL team this season and a favorite to win the Stanley Cup.

Even more important, Kadri shows that winning a game and being a great player take more than muscles and speed. Mental toughness, maturity, and character all matter. Sports often mirror life. We draw inspiration from players. Their struggle and triumph remind us that we are all flawed individuals, but we are capable of redemption. Our personal and professional development never stops as long as we are willing to give everything we have to become better.

After Kadri collided with Blues goaltender Jordan Binnington during Saturday’s game, Kadri wound up the target of Blues fans’ ire. But in a postgame interview on Monday night, he chose not to trash Blues fans who booed him. Instead, he was gracious.

“I know that they’re booing me and whatnot, but that’s what being a fan is,” he said. “I’ve got no issues with that, and I know what was said isn’t a reflection on every single fan in St. Louis. I understand that and I want to make that clear. But for those that wasted their time sending messages like that, I feel sorry for them.”

When asked about his first playoff hat trick, Kadri answered, “For those who hate, that was for them.”

Kadri’s postgame interview revealed how much he has grown as a player. As an ESPN report points out, throughout his career, much debate about Kadri has focused on his lack of maturity and “his frequent run-ins with the NHL Department of Player Safety.” In last year’s playoff games, Kari received an eight-game suspension after hitting the head of St. Louis Blues defenseman Justin Faulk.

But in this season, Kadri has shown that he has become a mature athlete. He is more focused, resilient, conscientious, and a better team player. He explained his personal and professional growth in a piece titled “I am who I am.” It was beautifully written and full of raw emotion.

He didn’t shy away from addressing any controversies in his career. He talked about how much he wanted to become a player like his role model, Kobe Bryant. Kadri wrote that he didn’t sleep for a week after hitting Justin Faulk in last year’s playoffs. He knew he had made a mistake, but his intention was never to “hurt anyone.” It pained him deeply to see his Colorado teammates struggle during the playoff games without him.

The birth of his daughter Naylah and being a father have made Kadri realize that “how I carry myself, it reflects on my family, on who Naylah might become one day.” He shared his love for hockey, and said he was born to be a hockey player. I especially love this paragraph Kadri wrote:

The player I am — the one who gives everything, who plays with an edge, who still pretends he’s Kobe out there, I’m still that guy. That part of my game that walks the line, it’ll always be there. It’s how I got here. … But I know I have to adapt too, I have to mature. It’s something I work on all the time.

He signed off his piece with the line, “So I’m going to give everything I have.”

Kadri’s collision with the Blues’ goaltender on Saturday night was unfortunate, and similar incidents have often happened during high-speed hockey games. When he became the target of racial slurs and death threats after the incident, Kadri didn’t respond with anger and frustration, and he refused to become a victim.

Instead, he remained focused, knowing that he had a job to do as part of the Colorado Avalanche team. He responded to hate with professionalism and excellence by playing his best game and helping the Avs score another win.

Kadri doesn’t have the highest scores in the league (yet), and he may not be the most talented hockey player out there. But in this season and particularly in the last few days, he has shown that he is the most valuable player in NHL because he rose above adversity and responded to hate with professionalism and excellence. He has my vote for the MVP.

Helen Raleigh, CFA, is an American entrepreneur, writer, and speaker. She’s a senior contributor at The Federalist. Her writings appear in other national media, including The Wall Street Journal and Fox News. Helen is the author of several books, including “Confucius Never Said” and “Backlash: How Communist China’s Aggression Has Backfired.” Follow her on Parler and Twitter: @HRaleighspeaks. 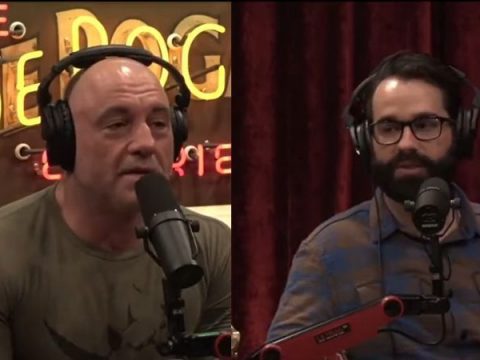