Colin Kaepernick, the NFL quarterback-turned-activist who helped start the anthem protest trend, has a new Netflix series called “Colin in Black & White,” which follows his transformation into an activist.

At one point in the series, Kaepernick insists that beloved black sitcom characters like Steve Urkel from “Family Matters” and Carlton Banks from “The Fresh Prince Of Bel Air” are actually a sign of racism.

“Over the years, there have been some very popular TV shows starring black people,” Kaepernick says in the series. “These shows share archetypal black characters, including social outcasts who assimilate or conform, like Carlton Banks or Steve Urkel. White people love these dudes. Everything from the way they dress, the way they talk, even the way they dance. It’s all so [non]threatening.”

But as the Washington Examiner noted, the character of Carlton Banks was beloved by “the nonwhite television creators who put him on the screen.”

“That includes Benny Medina, who originally came up with the idea for the show, and legendary producer Quincy Jones,” the outlet wrote.

As the Examiner pointed out, there was an episode of “Fresh Prince” that aired in 1993 where Banks is called a “sellout” because he acts too “White.” From the Examiner:

Perhaps even more ironic is that there was an episode of The Fresh Prince of Bel-Air that tackled the very same bigotry about Carlton Banks that Kaepernick is displaying today. It happened all the way back in 1993. In “Blood is Thicker than Mud ,” Smith and Banks are pledging to a fraternity. The fraternity leader likes Smith but thinks Banks acts too “white.” He refers to Carlton as a sellout. One of the most exemplary dialogues of the entire series occurs when Carlton confronts the fraternity leader.

“You think I’m a sellout. Why, because I live in a big house or I dress a certain way?” Banks says. “Being black isn’t what I’m trying to be, it’s what I am. I’m running the same race and jumping the same hurdles you are, so why are you tripping me up? You said we need to stick together, but you don’t even know what that means. If you ask me, you’re the real sellout.”

This was said in 1993, but Kaepernick really needs

0 10
‘We Should Not Escalate’: French President Complains After Biden Calls Putin A ‘Butcher’ 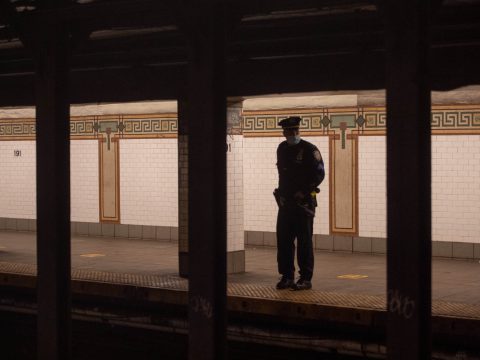