President Joe Biden made some false claims at his town hall with moderator Anderson Cooper on Thursday night, prompting the CNN Newsroom to fact check a few of his statements.

Responding to concerns about the southern border Biden stated, “I’ve been there before. I know it well.”  Later, he conceded, “I guess I should go down but the whole point of it is I haven’t had a whole lot of time to get down.”  RELATED: ‘An Unmitigated Disaster Of Epic Proportions’: Biden Blasted For Being On Vacation As The Taliban Takes Over Afghanistan

CNN fact-checker Daniel Dale pushed back against this claim, stating that he “could not find any evidence that President Biden had ever visited the border at any point in his political career.” He then offered that White House press secretary Jen Psaki clarified Biden’s statement in a press conference Friday. Psaki claimed Biden was referring to a campaign stop he made in 2008 in El Paso, Texas, when his motorcade reportedly passed by the border for only minutes.

The president also claimed that only 2 million Americans had received COVID shots when he was elected and argued further that it was he, and not Trump, who had procured more shots for distribution. (RELATED: ‘The White House Should Be Honest’: Meghan McCain Says Trump Deserves Credits For Vaccines, Predicts More Lockdowns Ahead)

Dale refuted the claim, saying, “In fact, as a non-partisan government accountability office reported in January, as of late December … the Trump administration had contracted to obtain 800 million doses … In other words,” Dale continued, “even under the Trump Administration, there were enough vaccines to vaccinate all the people who have currently gotten shots.”

However, missing from CNN’s fact check was Biden’s continued claim that his multi-trillion-dollar Build Back Better agenda would cost zero dollars, despite claims to the contrary.

The Committee for a Responsible Federal Budget found that Biden’s agenda will require the U.S. to borrow roughly $2.4 trillion. The tax hikes included in the bill would only cover $1.1 trillion.

American political scientist, Ian Bremmer, though not opposed to the plan, disagreed with the President’s assessment tweeting, “I strongly support the new infrastructure plan.  It is not costless.”

“Biden’s statement is true IF the full spending hikes are paid with real tax hikes AND there’s reasonable accounting for the effects of the tax and spending hikes on the overall economy, ” Henry Olsen, a senior fellow at the Ethics and Public Policy Center and columnist at The Washington Post, told the Daily Caller News Foundation in September.

The proposed hikes, however, only generate $2.9 trillion, with the remaining $600 billion accounted for by the economic growth and revenue increases the package would, in theory, generate. But that, Olsen argued, was based on “optimistic assessments” of the revenue it would generate and its effect on the economy.

Gross domestic product, the sum of everything that goes on in the economy, likely grew in the third quarter at the slowest pace in a year and a half, Wall Street predicts. Third-quarter GDP data will be released next Thursday. 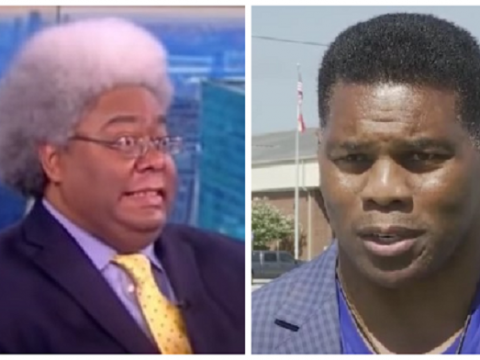 0 21
Why Democrats Oppose Emancipation For The Unborn