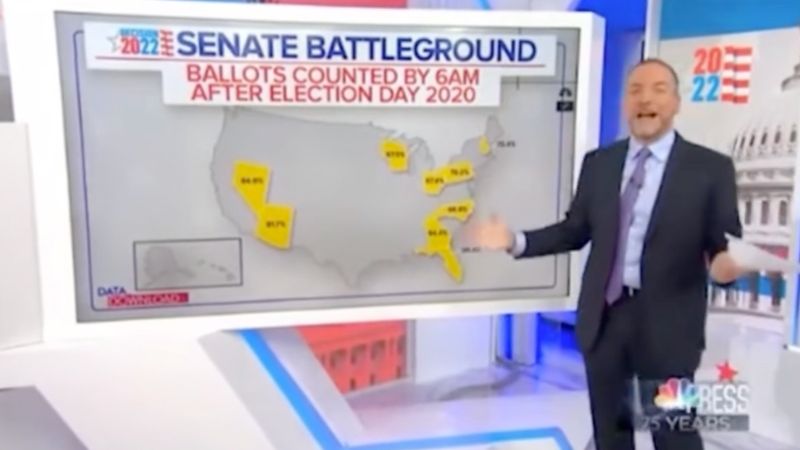 On Sunday’s episode of Meet the Press, host Chuck Todd told his audience to expect delays in the results from Tuesday’s midterms as many of the battleground states will not have their votes tallied until well past November 8.

“Even though we’re all counting down to Tuesday, let’s be realistic,” Todd said. “It’s highly likely we will not know the full results of the midterms on election night.”

Todd then referenced the election of 2020, when many states did not have their results tallied over 80 percent during the night of the election, mostly because those states were still collating ballots from early voting.

“By 6 am the day after Election Day 2020, look at all the battleground states where we were not at 95 percent, let alone 99 percent” Todd said.

He then pointed to Wisconsin, Ohio, North Carolina, Georgia, and Florida. He conceded that enough votes should be counted from these states to at least indicate where they are trending, but that may not be able to be called.

“We should know if Georgia is gonna run off by 6 am” on Wednesday, according to Todd.

“But look at the problem here, Pennsylvania, 78 percent, New Hampshire, to 75 percent reporting, Arizona, Nevada, the states that are gonna decide this majority, we’re not gonna know the day after the election,” Todd said.

In Pennsylvania, GOP nominee Dr. Mehmet Oz is facing off against Democratic Lieutenant Governor John Fetterman, in a tight race that could decide the fate of which party will lead in the Senate.

Also in PA is Republican Doug Mastriano facing off against Democratic Josh Shapiro for the governor’s seat.

In Arizona, Republican Kari Lake is polling ahead of Democratic nominee, Katie Hobbs. Republican Blake Masters is up against Democratic incumbent Sen. Mark Kelly in another Senate race that Todd has said could decide who leads after November. 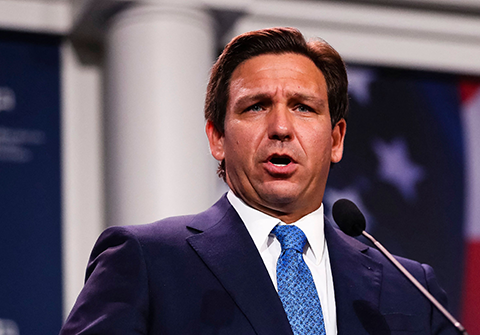 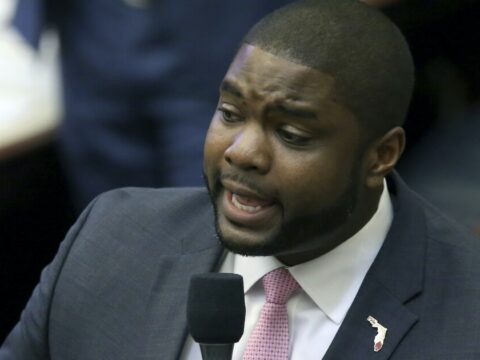 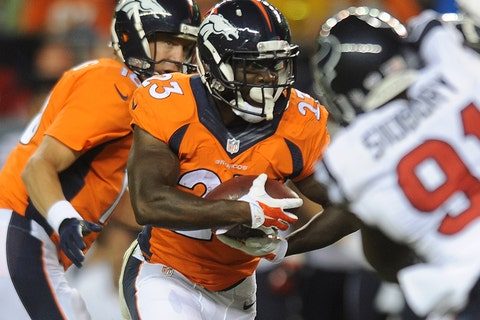 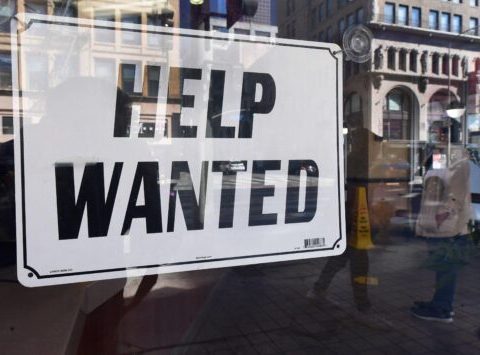