As the month of December begins, the price of Christmas trees is increasing.

A report from Fox Business notes that Christmas tree suppliers across the United States are expecting spikes in demand, placing pressure on their operations. For instance, the outlet highlighted a California-based tree farm affected by both wildfires and high consumer activity:

In Pollock Pines California, a small town nestled near the Sierra Nevada Foothills, Christmas trees are grown by a few different farmers.

These farms once threatened by the rapidly-moving Caldor Fire earlier this year, are now open for business. But there’s only one issue: demand is higher now than ever before.

“We’ve had an increase in customer demand. It’s kind of happened over the years, more and more people are getting out into the country and cutting their own tree,” Pamela Harris said.

Harris has been working on the Harris Tree Farm since the day it opened, just about six decades ago. They have loyal customers who visit, some from out of state every year, to grab homemade goods and partake in the tradition of picking and cutting down a Christmas tree.

However, Harris Farms has had to limit the number of trees cut down because the demand for real trees has grown.

According to Fox Business, Doug Hundley, who works for the National Christmas Tree Association, said that real Christmas tree prices have risen by 10% since last year.

Another report from CNBC’s Amanda Macias indicates that supply chain bottlenecks may tamper with the availability of Christmas trees and other holiday goods.

“The demand this year is going to be extremely strong and so I think from a consumer perspective people definitely shouldn’t wait,” National Tree Company CEO Chris Butler told the outlet. “Consumers should buy now because by the time we get to Thanksgiving, which is a peak week for us, I think there’s going to be a lot of empty shelves. We’re seeing pretty strong growth right now already versus last year and so, I do think that we’re in for a big, big season this year.”

“Since May, due to backups from Covid-19, it’s been a real struggle to just get containers,” Butler continued. “Last year we paid $2,000 to $3,000 for containers and this year we’re paying in the region of $20,000. We decided that we would pay the exorbitant rates that were being charged to make sure we got as many containers as we could.”

“If you see something you like, buy it,” American Christmas Tree Association executive director Jami Warner advised. “The quantities this year will be fewer than usual and of course the consumer will have to take the brunt of higher prices. They won’t be hugely higher but they will be higher.”

Supply chain issues are also causing a liquor shortage ahead of the holiday season — and states with government liquor stores have begun to ration many items.

“The Pennsylvania Liquor Control Board notified license holders on Thursday that two-bottles-per-day purchase limits for customers at state stores, as well as well for bars, restaurants and other license holders, will remain in place indefinitely,” reported KDKA Pittsburgh in September. “The list of rationed booze — a small fraction of the vast array of items the state liquor system sells — contains specific types of champagne, bourbon, tequila, cognac and whiskey.”

“Virginia residents might not be able to buy their favorite brand of liquor due to a shortage… As of Thursday, October 21, 2021, 189 out of 5,287 products are out of stock,” said FOX59. “Virginia ABC said factors affecting the shortage include raw materials, the trucking industry, and congestion at major U.S. shipping ports. Another main contributor is labor shortages.” 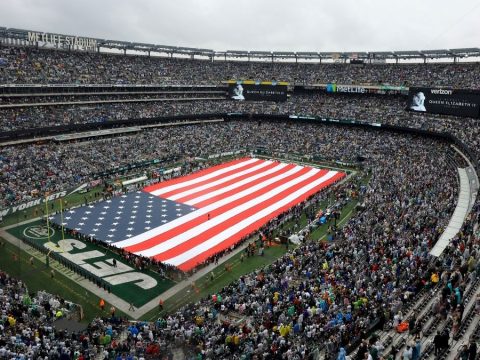