It’s no secret that the mainstream media has abandoned objective reporting for a long time. The left-leaning — and often more than leaning — narratives from the press aren’t hard to miss.

But there’s more at play than just reporting the news from one particular viewpoint. The mainstream media, along with social media and cultural tastemakers, attempt to lead the public to question anything that doesn’t hew to a far-left narrative. The end result, in the hopeful minds of the media, is that everyone who consumes their media will move to the left politically and culturally.

It’s a form of what we’ve come to know as gaslighting. For the uninitiated, gaslighting is “intentionally distorting reality to make you feel like what you’re seeing or feeling isn’t real,” according to Forbes. The term came from the 1944 film Gaslight, in which Gregory Anton (Charles Boyer) manipulates his wife (Ingrid Bergman, who won the Best Actress Oscar for her role) into thinking that she’s insane.

Instead of making you think you’re crazy, the media wants you to think that your conservative, libertarian, or even non-woke liberal beliefs are insane. And it’s masterful manipulation.

Christian blogger and author Natasha Crain makes the case for how the mainstream media gaslights normal everyday people in order to drive them to the left in a recent blog post entitled “How Mainstream Media Gaslights Christians (and Everyone Else Who Disagrees with Them).”

Related: No Matter How You Slice It, French Scientist’s ‘Distant Star’ Photo Makes a Valid Point About Fake News

One way they do this is good, old-fashioned peer pressure. It’s a more sophisticated and insidious take on, “Everybody’s doing it.” The media mainstreams radical thought and attempts to marginalize or otherize anyone who doesn’t agree with the far-left position on most any issue.

“Make no mistake: The appearance of unified thought coming from sources people perceive to be representative of culture at large is very powerful—especially when you’re in a worldview minority,” Crain writes.

“And media wants to capitalize on that aspect of our humanity that makes us question our beliefs just because they differ from the norm,” she continues. “But remember: There’s no such thing as democracy when it comes to what’s true about reality; numbers will never determine truth.”

The media also manipulates language to drive the conservation to the left. One of the most invaluable tools to reporters and editors is the AP Stylebook. I’ve relied on it for years as a writer and in my church communications career. Here at PJ Media, it’s the basis for many of our grammatical and stylistic conventions — other than its more woke recommendations, which we ignore.

Crain points out some of the AP Stylebook’s recent guidance on how to write about transgender issues. The AP recommends:

That’s just how the AP Stylebook approaches one issue. You may have noticed media outlets everywhere capitalizing the word “Black” when referring to a black person. That’s the AP’s doing, and because the Stylebook is so pervasive, it has served to help nudge reporting ever more toward the left.

The topics the mainstream media chooses to cover also play a role in the ongoing efforts to drive the conversation leftward. As Crain reminds us, think about how breathlessly media outlets report about a celebrity who becomes transgender or changes his or her pronouns. Consider how much more coverage events like the Women’s March get as opposed to rallies like the March for Life.

“I regularly visit the Facebook news tab to track this phenomenon and see what they’re pushing users to consider important,” she writes. “From the looks of it, they really want me to be aware when a celebrity changes pronouns (Demi Lovato this week), when new state abortion restrictions have (allegedly) jeopardized a woman’s health, and that Christian nationalism is a terrifying threat.”

“Story selection strongly shapes our view of what the ‘world’ is talking about, and that can significantly influence what we believe is most important if we’re not careful,” she continues.

Fearmongering is another tactic that the media uses effectively to manipulate us. Think about how many scare tactics the media has used throughout the COVID-19 pandemic, and media outlets are trying to do the same with monkeypox. Witness the weeping and gnashing of teeth over the Supreme Court’s overturning of Roe v. Wade and the supposed slippery slope of rights reversals that are sure to come. And how many times has someone in the media told you that our time is running out to save the planet?

The way the media reports on these issues and more like them is a strategy to whip readers and viewers into a frenzy. “We must do something,” they breathlessly intone, and many people fall right in line with their far-left solutions to the problems that aren’t really emergencies.

The media also loves to drag out people who claim to be conservatives or Christians but support their policies. Whether they trot out a left-leaning pastor or a fake conservative, it’s all part of the plan to paint left-wing doctrine as perfectly normal and mainstream.

So what can you do? Be careful about what you consume — not only is the mainstream media pushing an agenda, but you’ll also find plenty of agenda-driven content from both the left and the right.

One of the best things you can do is get your news from sources you can trust, like here at PJ Media. If you’re a regular PJ Media reader, you know that we tell the truth, and we often do so with a sense of humor or a smirk. Read and share our articles.

You can also support truth-tellers like all of the talented writers here at PJ Media. One way you can do that is by becoming a VIP member. PJ Media VIPs get deeper dives into important issues, podcasts, and an ad-free experience. VIPs also have a heck of a lot of fun.

A PJ Media VIP membership is a tremendous value on its own, but you can use the promo code FIGHTBACK to get 25% off! Sign up today! 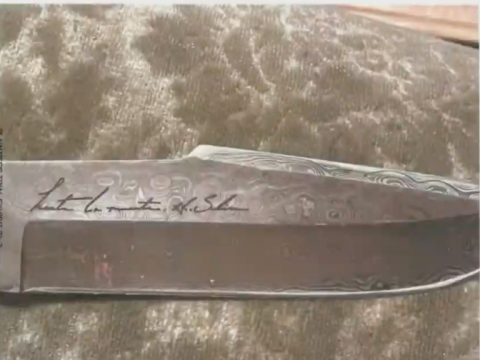 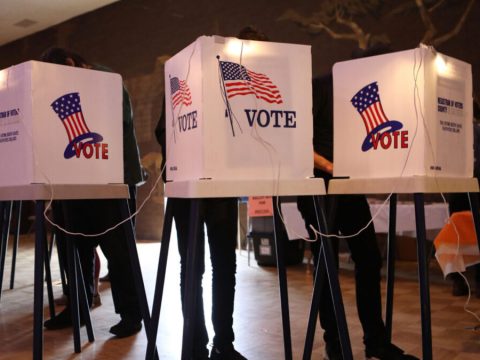