Senate Minority Leader Chuck Schumer of N.Y., points to a question as he speaks with reporters in Washington, on Capitol Hill. (AP Photo/Alex Brandon)

Chris Christie slammed Senate Majority Leader Chuck Schumer (D-N.Y.) over his speech toward Republicans following the Senate’s agreement to raise the debt ceiling. During an interview on ABC’s This Week on Saturday, the Republican said there was all this talk about wanting bipartisanship.

“If we want to encourage bipartisanship, after people actually do it, kicking them in the face is not the way to get them to want do it again,” he expressed. “What Chuck Schumer did this week is going to make December 3 a much deeper crisis. It’s a sign of his immaturity and it’s a sign of his own concern about his own left.”

My letter to President Biden on the debt limit: pic.twitter.com/H1tDXHl07a

Christie went on to say “Republicans did what they had to do.”

MORE NEWS: Yellen: The U.S. Should Never Be In The Position To Invoke 14th Amendment On Extending Debt Limit 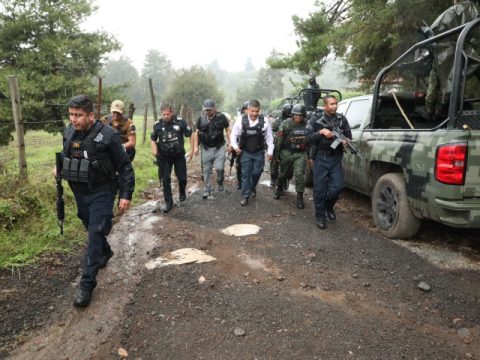