Comedian Chelsea Handler offered a lengthy list of alternative definitions of the term “pro-life” — and surprisingly, none of her proposed definitions had anything to do with protecting unborn babies in their mothers’ wombs.

Handler opened the show by addressing the fact that Roe had been overturned, announcing that she would be guest-hosting for Kimmel for the week — unless, she lamented, Republicans made it illegal “for women to talk.”

She continued to attack Republicans throughout her opening monologue, claiming that they were getting the definition of “pro-life” wrong.

“Republicans were taking a victory lap and looking ahead to all the terrible things they could do if they take back the House in the midterms. None more so than Minority Leader Kevin McCarthy,” she said, sharing video of McCarthy stating that he believed in “saving every life possible” and would look to promote bills in Congress that would achieve that end.

“Just as long as that life doesn’t need baby formula, affordable health care, or a place to learn without getting shot,” Handler quipped, prompting a wave of laughter and applause from the audience.

“By the way, Kevin McCarthy, since you mention it, let’s talk about what it means to be ‘pro-life,’” Handler continued. “Universal health care, that’s pro-life. Restricting guns, that’s also pro-life. Fighting climate change, that’s also pro-life. Listening to doctors during a pandemic, also pro-life. Not forcing women to give birth like livestock, pro-life. But your party opposes all of those things. Calling Republicans pro-life is like calling O.J. Simpson pro-wife.”

“The View” host Whoopi Goldberg also tried to promote an alternative definition of “pro-life” during Monday’s broadcast of the ABC midday talk show.

“I want to make things very clear. I’m very pro-life. I’ve never been anti-life,” Goldberg insisted. “I want people to have the lives they want, but I don’t want to force anybody — I don’t want anybody coming in my house, telling me how to raise my daughter, and what she needs — because they don’t know. And I appreciate everybody’s religion, but I do not subscribe to your religion. I don’t ask you to subscribe to mine, and you do not have the right based on your religious beliefs to tell me — because what’s next?”

All copyrights and legal uses attributed to content are located at the article origination: © Daily Wire, Chelsea Handler Has A Lot Of Definitions For ‘Pro-Life’ — None Involve Protecting Babies

0 23
Why Russia Is Destined for Defeat in Ukraine

0 23
Kennedy: 'Too Many' Democrats 'Determined to Win the Uber-Woke Socialist Sweepstakes' 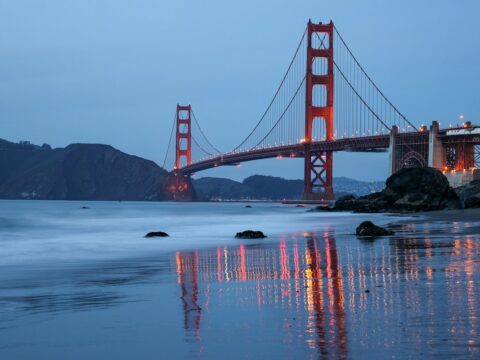