The surest sign that public policies are simply virtue signals is when the messages don’t cost anything. The easiest way to tell when that signal starts to fail is to watch politicians flounder as the costs start to rise and voters demand relief.

It was free—and meaningless—for progressive churches to post banners calling themselves “nuclear free zones” during the Reagan era. Their dwindling congregations loved it. It was free, after George Floyd‘s murder, to post woke catechism signs on your front lawn, proclaiming “In this house, we believe: Black Lives Matter, women’s rights are human rights, no human is illegal” and so on. Maybe the neighbors gave you high-fives. And for years it has been free for deep-blue cities to proclaim themselves “sanctuaries” for illegal immigrants. That’s changing now that voters want some sanctuary for themselves.

Changes like this happen when voters realize the old virtue signals actually entail serious costs—and that they will have to pay them. That is exactly what’s happening in New York City and Washington D.C. now that Texas governor Greg Abbott is sending those cities a few busloads of illegal immigrants from his state.

These progressive bastions were silent when the Biden administration flew planeloads of illegal immigrants to suburban airports in the middle of the night. TV coverage was prohibited, and the arrivals were secretly dispersed. Abbott’s buses, by contrast, arrive downtown greeted by local TV crews. Now you can hear the politicians screech.

These shrill noises are the sound of progressive politicians being squeezed. They proclaim their cities are “sanctuaries” but—surprise, surprise—they don’t actually want more illegal immigrants. Not that they can voice that reservation, of course, given their activist political base. Neither can they support serious efforts to manage the underlying problem by closing the border, or even trying to. Doing so would mean a humiliating return to Donald Trump‘s tough policies: building the wall, requiring asylum seekers to remain in Mexico as their applications are processed, and encouraging Mexico’s armed forces to deploy along the border to prevent illegal crossings. Biden overturned all those policies, to cheers from his party’s left-wing base. That was when they thought it would be costless.

Now the costs are mounting, and so are the consequences for progressive politicians. The pushback is coming, not from their base but from disillusioned centrists and independents. Those voters are groaning under the costs associated with this rising tide of illegal immigrants, including welfare benefits, social services, schooling for more children, emergency room visits for uninsured patients, and a need for additional police without sufficient additional tax revenues to pay for all of them. Drug-smuggling cartels now find it much easier to cross the border, so these cities also have to cope with more heroin, cocaine, and fentanyl on the streets, more hospitalizations, and more deaths from overdoses. It’s an ugly picture.

Abbott’s goal is to squeeze the vise tighter on those politicians, to force them to change course on national immigration policy and lessen the flood of immigrants into his state—or else pay the price in their home states.

The buses are a political stunt, of course, but a very shrewd one. Abbott is up for reelection, and he’s visibly showing his support for beleaguered Texas cities and counties. He’s putting his liberal Democratic opponent, Beto O’Rourke, in an awkward position. O’Rourke specializes in showy, high-profile gestures but has no plan to alleviate the migrant problem. Finally, Abbott hopes to force the hand of national Democrats, who don’t care one iota about the social, financial, and law-enforcement burdens facing his state, but do care about those immigrants arriving in Manhattan or D.C.

How will we know whether Abbott has opened progressives’ eyes to the problem? We won’t, until progressive mayors and governors start openly demanding the Biden administration staunch the flow, not at urban bus terminals but at the southern border. So far, they haven’t done that. They complain about Governor Abbott, not about President Biden, and are beginning to snipe at Secretary of Homeland Security Alejandro Mayorkas and Vice President Kamala Harris, the “border czar” who denies the crown.

Mayorkas and Harris may be hapless, but they didn’t create this fiasco. Joe Biden did. For Democrats worried about illegal immigration (and reelection), the crucial moment won’t come until they turn on the president himself, say the quiet part out loud, and demand he take real action on illegal immigration.

When they reach that turning point, pressure will mount within the Democratic Party for dramatically different policies. It won’t be easy to change the minds of party leaders, as their record shows. They wouldn’t do it when fentanyl deaths surged in Ohio, West Virginia, and New Hampshire. They wouldn’t do it when communities near the southern border were overwhelmed and begged Washington for help. But unload a few busloads of immigrants in the heart of Democratic cities, and politicians go into paroxysms.

The question now is whether those Democratic lawmakers will finally direct their wrath at the president, and whether Biden will duck and cover or respond with more effective policies. The costs are rising, the political damage is intensifying, and Greg Abbott keeps trying to get their attention.

Charles Lipson is the Peter B. Ritzma Professor of Political Science Emeritus at the University of Chicago, where he founded the Program on International Politics, Economics, and Security. He can be reached at [email protected]

The views expressed in this article are the writer’s own. 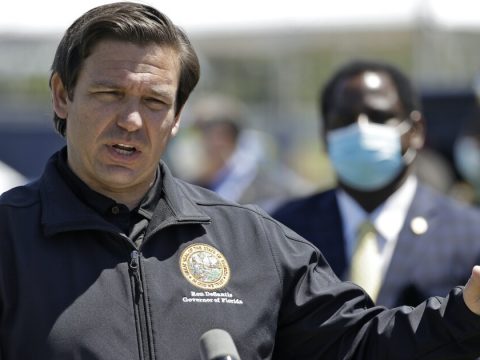 0 74
Inflation Is Costing the Average U.S. Household an Extra $341 a Month 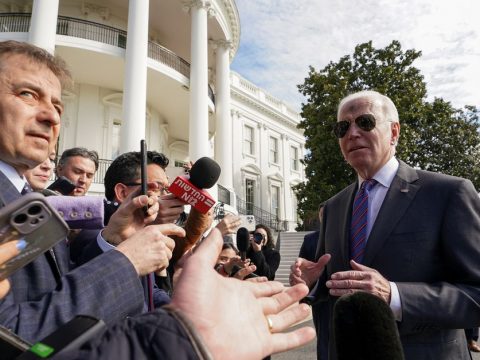