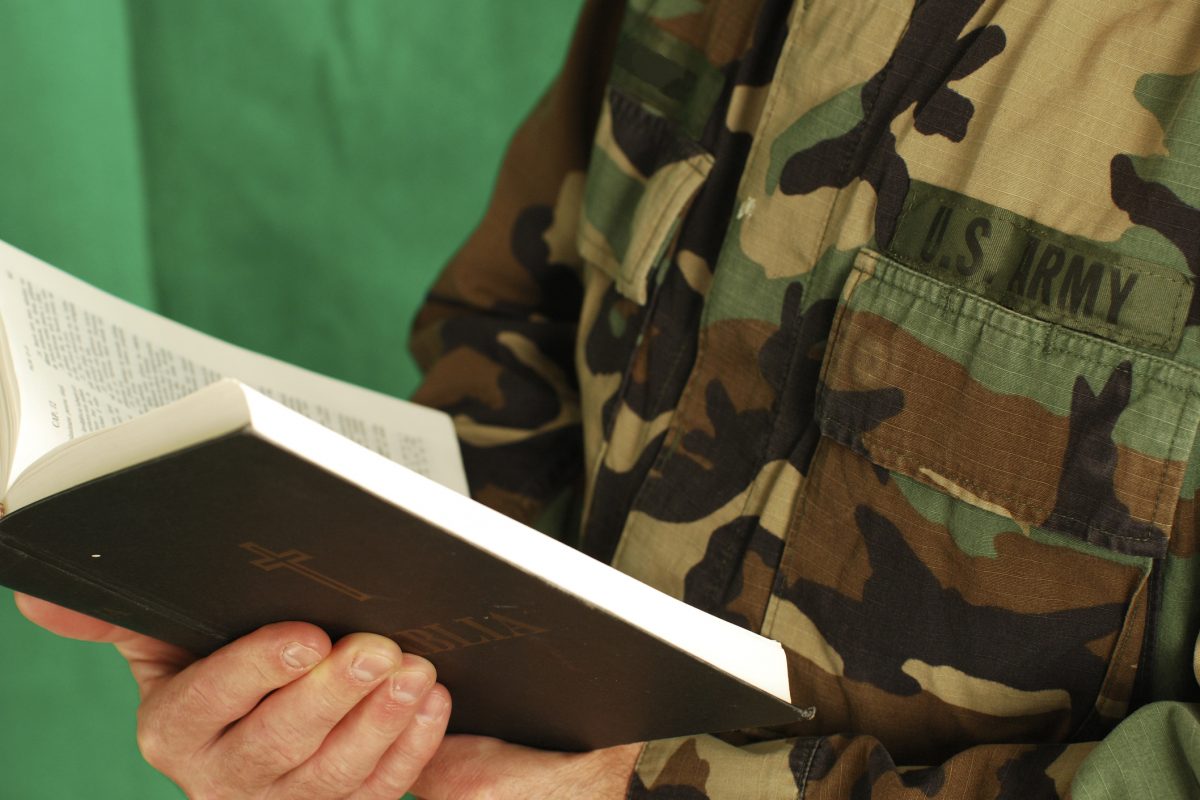 An advocacy group of U.S. military chaplains urged the Army to back off a chaplain who was reprimanded for commenting on Facebook that gender dysphoria is a mental illness that disqualifies from military service.

The Chaplain Alliance for Religious Liberty, which according to their website has “led the effort to secure the religious liberties of chaplains and those whom they serve” since 2011, released a statement Monday urging senior Army leadership to dismiss their charges against Chaplain Major Andrew Calvert.

Explaining they were “gravely concerned” about Calvert’s punishment, the group wrote in part:

While at the time of his post, Chaplain Calvert’s statements were fully consistent with and supportive of existing DOD policy, it is far more concerning to note that his post was also consistent with his sincerely held religious beliefs – the same beliefs held by the overwhelmingly vast majority of faith groups in the United States who believe transgenderism to be immoral. Chaplain Calvert represents a Christian faith tradition, is a highly decorated soldier, and expressed views within his legal right to express.

The Army opened an investigation into Calvert earlier this year after he posted a comment on the Facebook page of the Army Times.

“How is rejecting reality (biology) not evidence that a person is mentally unfit (ill), and thus making that person unqualified to serve?” Calvert wrote on the military newspaper’s Facebook page.

“There is little difference [in] this than over those who believe and argue for a ‘flat earth’ despite the overwhelming evidence to the contrary,” Calvert, who is a chaplain with the 3rd Security Force Assistance Brigade in Fort Hood, continued. “The motivation is different, but the argument is the same. This person is a MedBoard for Mental Wellness waiting to happen. What a waste of military resources and funding!”

So Andrew Calvert is a chaplain on active duty in the @3rdSFAB and he equates trans troops to flat-earthers.

He cannot be trusted to support soldiers for another minute @SecArmy #TransBanRepeal pic.twitter.com/OwDqKFPerf

As the Army Times reported regarding the investigation:

An Army Regulation 15-6 investigation concluded that Calvert violated Army policy on discrimination and prohibitions against online misconduct, as well as a Defense Department directive regulating political speech by active-duty troops, according to an appeal written by attorney Michael Berry of First Liberty Institute, which is backing Calvert.

Calvert filed an appeal to the reprimand earlier in May, and he is being represented by the First Liberty Institute.

“Chaplain Calvert is a decorated soldier with an exemplary record. He faces having his career ruined simply because he expressed his religious views on his personal Facebook page,” said Mike Berry, general counsel at First Liberty Institute, in a press release.

“Throughout Chaplain Calvert’s military career, he has personified selfless service and sacrifice, and a desire to provide for the spiritual needs of those under his care. Punishing a chaplain because of their expressed religious belief is illegal and wrong.”

The social media posts of the military are front and center amid news that the Biden administration is slated to hire a private company to surveil them for extremist comments, according to a Monday report from The Intercept.

0 5
A Member of the Anti-Defamation League’s Diversity Council is Embroiled in an Anti-Semitism Scandal. The Anti-Semitism Watchdog Has Nothing to Say About It.