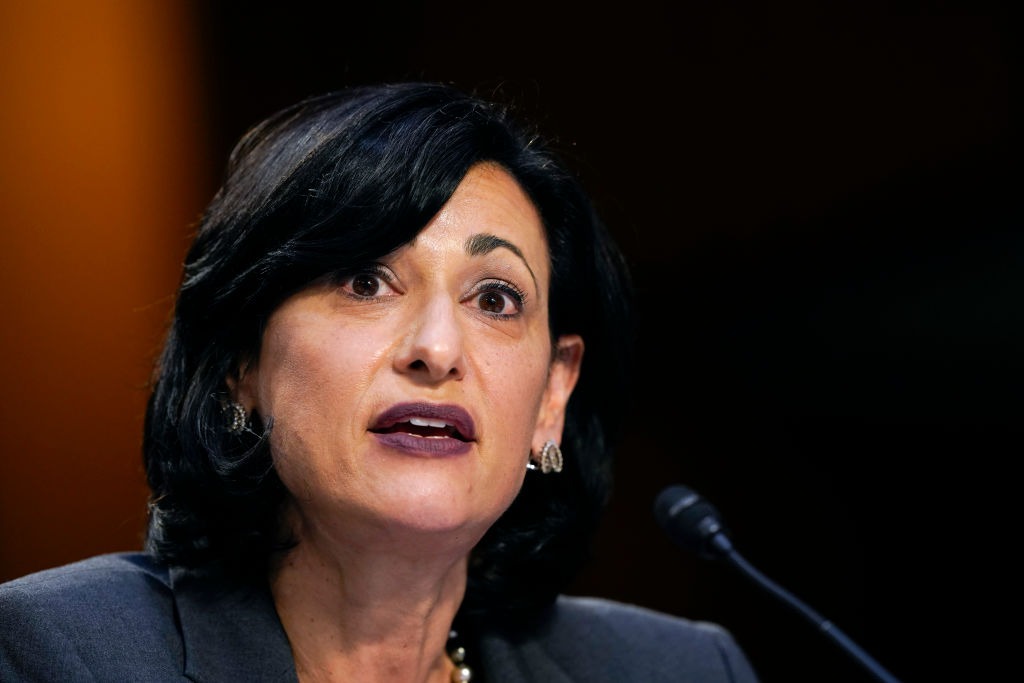 In the wake of widespread backlash over a misleading CDC claim about the likelihood of transmitting coronavirus outdoors, CDC Director Dr. Rochelle Walensky told CNN on Wednesday night that “I have been completely forthcoming about the science” behind mask mandates.

But she evaded a question from CNN asking what data she has to suggest it is “unsafe” to “let people completely unmask and live their lives if they’ve gotten the vaccine.”

CNN’s Chris Cuomo prefaced his interview with Walensky by saying the greatest problem with the rollout of the COVID-19 vaccine is “the messaging coming from the top” of the Biden administration. He later recounted how the CDC told Americans not to wear a mask before recommending fully vaccinated people to wear a mask outdoors “in crowded settings and venues.”

The agency’s reversals leave too many people asking, “Is the CDC being straight with us?” he said.

The interview came one day after the New York Times pointed out a misleading statement Walensky made at an April 27 press conference, at which she stated, “Less than 10 percent of documented transmission, in many studies, have occurred outdoors.” The Times’ David Leonhardt reported, “In truth, the share of transmission that has occurred outdoors seems to be below 1 percent and may be below 0.1 percent.”

During a Senate hearing later on Tuesday, Sen. Bill Cassidy (R-LA) told Walensky that “the American people have just lost patience” with the CDC and have started “to disregard what you say is true.”

A number of legacy media hosts — including Cuomo, Don Lemon, and Joe Scarborough — have asked why the CDC demands Americans abide by restrictions that vaccinations should render unnecessary.

When Cuomo asked whether “the CDC has caused delays that have affected the vaccine effort,” Walensky replied with an incredulous, “Wow, absolutely not.”

She blamed the changing nature of CDC’s guidelines, which critics have called self-contradictory or erroneous, on the fact that “science is complex.” The underlying data are “evolving” and “updating — you know, thousands of studies every single day.”

The CDC administrator went on to shift the blame for the CDC’s two-week-old guidance on a meta-analysis published elsewhere. The CDC “uses that medical literature to inform our own guidance,” she said. “That 10% [figure] was not a data point from the CDC. That 10% was a data point from the peer-reviewed literature … The Journal of Infectious Diseases.”

She did not address the obvious question: Why did a science reporter poke holes in the underlying report when the CDC’s team of taxpayer-funded experts couldn’t?

Instead, Walensky maintained that if you are outside but “have a whole bunch of people piled on top of each other, breathing heavily,” then you can “probably not” remove masks.

“Even if you’re vaccinated?” Cuomo interrupted. “Why, when we see so few breakthrough cases?”

“We need people to get vaccinated. You need to give them more carrots,” he said. Why won’t the CDC “look at the science and say, ‘The risk is almost de minimis. Take the masks off. Live your life.’ and let’s see who gets vaccinated”?

He added that the CDC’s “camp guidance,” requiring children to wear masks outdoors, “looks like it was designed for last year, not this year. And it makes people worry that you guys are going to put the brakes on about [reopening school” in the fall. “I don’t know that the Biden administration can withstand having to tell the American people, ‘You’re not going back to school in the fall,’” he said.

Walensky dodged his question, reiterating that she wanted to see affirmative proof to “demonstrate that our vaccines will work” on new COVID-19 variants and “does not lead to asymptomatic transmission.”

That evasive non-answer is somewhat less than “forthcoming.” According to Tuesday’s Times report, the underlying meta-analysis used to justify the CDC’s April 27 guidance shows only a tiny percentage of transmissions took place outdoors — a large share of which occurred at construction sites in Singapore, where transmissions could have occurred in enclosed spaces.

The director was no more forthcoming during another interview on Wednesday night with CNBC’s Shepard Smith, who asked her if the CDC had lost its “lofty perch” after its fact-challenged pronouncements. She hinted new CDC guidance would be released on Thursday.

After the Cuomo segment, fellow CNN host Don Lemon said, “I appreciate what you did with the CDC director.”

“Can we get back to some semblance of normalcy?” he asked on Monday.

MSNBC’s Joe Scarborough also asked the CDC to come on national TV and admit that “it’s next to impossible to catch this outside.”