Carrie Underwood recalled a hilarious story about the first time she met Loretta Lynn, and she shared it following news Tuesday of the country music legend’s death at 90.

The 39-year-old country singer shared a touching tribute on Instagram about meeting the famed Kentucky coal miner’s daughter, calling her “irreplaceable” and more after her family confirmed Lynn had passed away at her home in Tennessee.

“The first time I met Loretta Lynn was at the Grand Ole Opry at beginning of my career,” Underwood wrote. “I was chatting in the corner with another artist and someone walked behind me and smacked me on the rear end! I turned around and there she was…in a big sparkly dress…laughing as she continued to walk down the hall at what she had just done…”

“This is one of my most favorite stories to tell,” she added. “I think it sums up her personality pretty well. She was a cantankerous little pistol…friendly and sweet…never afraid to be herself and speak her mind. Over the years, I have had the honor of singing for her…and also with her…in some of the most special moments of my career.”

“She is irreplaceable,” the “Before He Cheats” star continued. “She will be incredibly missed…but her legacy lives on in those of us whom she has influenced. I am truly grateful to have known such an amazing woman and artist.
Thank you, Loretta, for showing us how it’s done. May you Rest In Peace in the arms of Jesus and add your heavenly voice to the angel choir. Love you!”

The “American Idol” alum was just one of dozens of stars to share pictures and touching messages Tuesday after reports surfaced about the country queen’s passing, as The Daily Wire previously reported.

“Very sad news this morning … LORETTA LYNN has gone home … Great Britain lost their Queen … now we have lost ours … Rest easy ma’am,” The Oak Ridge Boys tweeted. “You were loved all … #RIPLorretta.”

Very sad news this morning … LORETTA LYNN has gone home … Great Britain lost their Queen … now we have lost ours … Rest easy ma’am. You were loved all … 😢 #RIPLorretta pic.twitter.com/eUlgqVhNjF

I’m so heartbroken to hear about Loretta’s passing. She was so kind to me and she blazed so many trails for all of us girls in country music. Thanks you for all the songs . Miss you. Fly high. 🦋💙 pic.twitter.com/BJijGC16Wy

It’s safe to say I wouldn’t even be making country music today if it weren’t for Loretta Lynn. She showed me up what it looked like to be a musician and a mama. Her writing was as real as the day is long. This one hurts on another level. I’ll miss her forever. pic.twitter.com/xpQZwp4TnB

Earlier on Tuesday, the late star’s family released a statement on Twitter about the country star’s passing.

“Our precious mom, Loretta Lynn, passed away peacefully this morning, October 4th, in her sleep at home at her beloved ranch in Hurricane Mills,” a statement from the family of Loretta Lynn read.

A statement from the family of Loretta Lynn.

“Our precious mom, Loretta Lynn, passed away peacefully this morning, October 4th, in her sleep at home at her beloved ranch in Hurricane Mills.” The family of Loretta Lynn.

“The family has asked for privacy during this time, as they grieve,” it added. “An announcement regarding a memorial will be forthcoming in a public announcement.”

0 22
John Hawkins: Why Most Liberals Are Intellectually Incapable of Understanding Conservatives 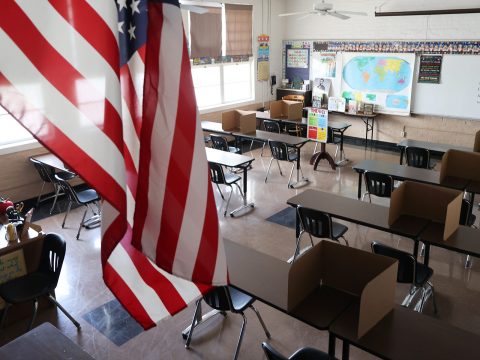