The United States Capitol Police announced Tuesday that it was establishing field offices in California and Florida to investigate threats against lawmakers.

The Capitol Police said in a statement that its efforts were part of a plan to improve its security measures after the riot at the Capitol on Jan. 6.

“The USCP has enhanced our staffing within our Dignitary Protection Division as well as coordinated for enhanced security for Members of Congress outside of the National Capitol Region,” USCP said. “The Department is also in the process of opening Regional Field Offices in California and Florida with additional regions in the near future to investigate threats to Members of Congress.” (RELATED: Trump Critics Forced To Spend Thousands On Private Security Following Capitol Riot) 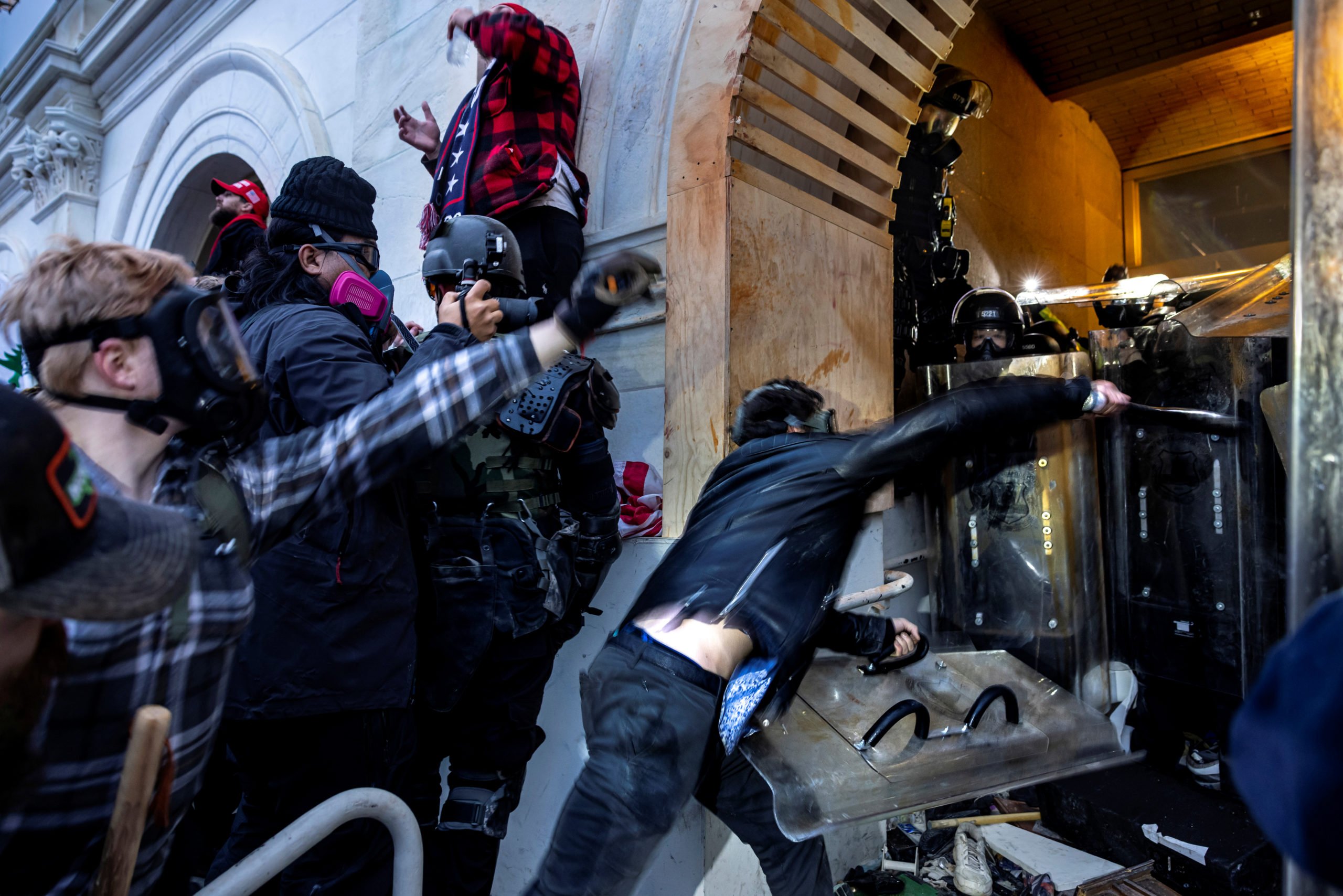 Trump supporters clash with police and security forces as people try to storm the US Capitol on January 6. (Brent Stirton/Getty Images)

“It has been six months since rioters attacked the United States Capitol and our brave police officers and law enforcement partners who fought valiantly to protect elected leaders and the democratic process,” USCP said. “We will never forget USCP Officers Brian Sicknick and Howie Liebengood, who died after the attack, nor the sacrifices of the nearly 150 law enforcement officers who were injured.” (RELATED: Senate Sergeant-At-Arms: Political Rhetoric A ‘Key Driver’ Behind Increased Threats Against Lawmakers)

USCP added that it has also begun training with the National Guard, and has sent multiple officers to receive supplemental training in Seattle and Virginia Beach.

The statement follows multiple reports detailing the increased threats against many prominent lawmakers, leading some politicians to spend thousands on protective security details.

All copyrights and legal uses attributed to content are located at the article origination: © Daily Caller, Capitol Police Establishing Field Offices To Investigate Threats Against Lawmakers