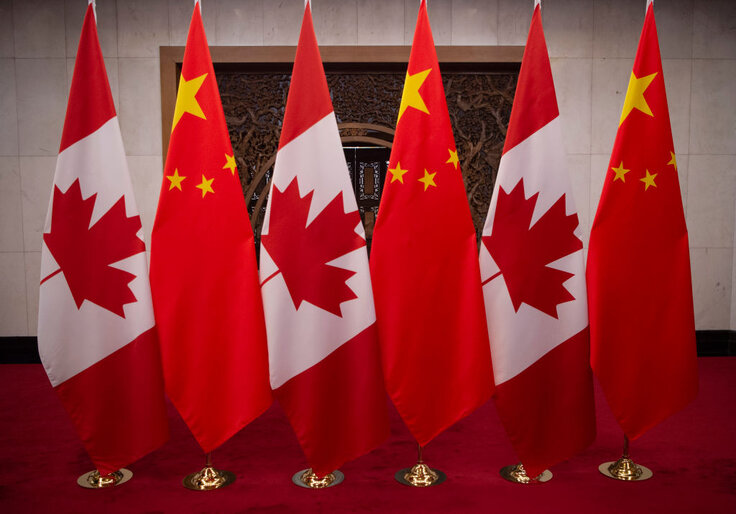 The Canadian Olympic Committee said its athletes should avoid publicly criticizing China ahead of the 2022 winter games in Beijing, due to concerns that critics could be prosecuted under the Communist Party’s national security laws, the Globe and Mail reported on Thursday.

David Shoemaker, chief executive officer of the Canadian Olympic Committee, said the committee plans to spend “a considerable amount of time” instructing its competitors on what “they might consider not commenting on, perhaps, at least until after the Games have taken place.”

“There have been dissidents in Hong Kong who have been taken away and charged for saying things that have been contrary to the Communist Party of the Chinese government’s policies,” Shoemaker told the paper. “So we will talk to our athletes about the implications of what they say and of the topics that they choose to speak about.”

Human rights activists have called on democratic governments to boycott the games due to growing evidence of China’s brutal repression of the Uighur people.

In the United States, Senate Republicans introduced legislation this week to move the Olympics to a different country, arguing that the “flagrant human rights abuses committed by the Government of the People’s Republic of China are inconsistent with Olympic values.”

A White House spokesman said Wednesday that the Biden administration has no plans to boycott the Olympics at this time.

China has carried out a systematic campaign of abuse against its Uighur minority population for years, but its actions came under renewed scrutiny this week after the BBC published a report detailing horrific first-hand accounts of abuse at government-run concentration camps. Former prisoners said they were subjected to rape, electric shock torture, starvation, and sterilization. They were also forced to memorize books of Communist Party propaganda at “reeducation” centers.

Former secretary of state Mike Pompeo designated the Chinese government’s actions as “genocide” as one of his final acts in office last month. The Biden State Department is currently “reviewing” that declaration, according to Biden’s nominee for United Nations envoy.