Democratic New York Rep. Alexandra Ocasio-Cortez tossed “conservative Democrats” under the bus Sunday during an appearance on CNN’s “State of the Union.”

Ocasio-Cortez told anchor Jake Tapper that it was in bad faith to place all the blame for a lack of progress on Republicans when Democrats had control of the House even by a small margin. (RELATED: Alexandria Ocasio-Cortez Says ‘Absurdly Cruel’ US Embargo Is Partly Responsible For Cuban Suffering)

Tapper mentioned the moratorium on evictions — imposed to help keep people in their homes after the coronavirus pandemic and subsequent lockdowns had put so many under financial stress — and asked who was to blame if leadership in Congress had not come together to extend that earlier.

“Well, you know, I think there’s a couple of issues here. First of all, you are absolutely correct in that the House and House leadership had the opportunity to vote to extend the moratorium,” Ocasio-Cortez replied.

“There was many, frankly a handful of conservative Democrats in the House that threatened to get on planes rather than hold this vote,” she continued, despite cheering the Texas Democrats who left their state to avoid voting on Republican-led voter integrity measures.

Thank you for your heroic stand in the Texas State House to protect the right to vote @jasminefor100!

Your actions helped protect millions of Texans’ civil rights. We thank you!

“We have to really just call a spade a spade. We cannot in good faith blame the Republican Party when House Democrats have the majority,” Ocasio-Cortez continued, also blaming the White House for waiting until the last minute to request the moratorium.

“Now, there is something to be said for the fact that this court order came down on the White House a month ago and the White House waited until the day before the House adjourned to release a statement asking Congress to extend the moratorium,” she said. “We asked the Biden Administration about their stance. They were not being forthright about that advocacy and that request until the day before the House adjourned. The House was put into I believe a needlessly difficult situation and it’s not just me saying that, Financial Services Chairwoman Maxine Waters has made that very clear as well.”

Ocasio-Cortez concluded by saying there were other contributing factors. For example, she said that in some states money that had already been designated to help renters and small-scale landlords had been sent to the states but not yet distributed to those it was supposed to help. 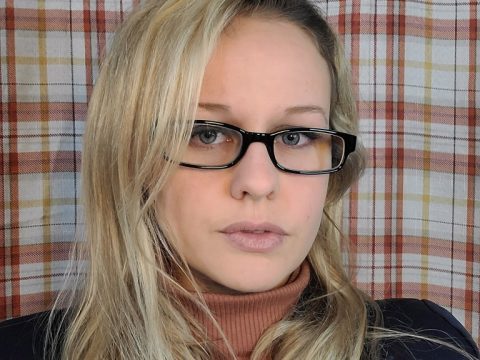 0 72
Karol Markowicz: The Media’s Deranged Obsession With Ron DeSantis — Even Before He Declares for 2024