More than four months after California voters rejected a ballot measure that would have abolished cash bail, the state’s highest court ruled on Thursday that the current system discriminates against poor people.

The Los Angeles Times reported that in a unanimous decision, “the California Supreme Court ruled that it is unconstitutional to require defendants to remain behind bars simply because they cannot afford bail,” adding that the ruling “told judges to favor pretrial release and consider a person’s ability to pay before setting bail.”

“The common practice of conditioning freedom solely on whether an arrestee can afford bail is unconstitutional,” wrote Justice Mariano-Florentino Cuéllar. “Other conditions of release – such as electronic monitoring, regular check-ins with a pretrial manager, community housing or shelter, and drug and alcohol treatment – can in many cases protect public and victim safety as well as assure the arrestee’s appearance at trial.”

According to The Times, “Thursday’s ruling is likely to lead to many more people being released without bail before they go to trial.” The outlet reported that “judges may keep criminal defendants locked up only when ‘clear and convincing’ evidence shows there is no other way to protect the public and ensure the defendants’ return for court appearances.”

The decision was celebrated by progressive criminal justice reform advocates, including recently-elected L.A. County District Attorney George Gascón, who issued a special directive his first day in office to minimize the utilization of cash bail and reduce unnecessary pretrial detention.

“No one should be locked up in jail simply because they cannot afford to buy their freedom,” tweeted Gascón. “Money bail is unjust and unnecessary. It must go.”

No one should be locked up in jail simply because they cannot afford to buy their freedom.

Money bail is unjust and unnecessary. It must go. https://t.co/K7fgTxDWEU

More from the L.A. Times:

Thursday’s decision upheld a San Francisco-based state court of appeal decision that allowed Kenneth Humphrey, a retired shipyard laborer, to be released with an ankle monitor because he could not afford bail.

Humphrey faced robbery and burglary charges in San Francisco after being accused in 2017 of stealing less than $10 and a bottle of cologne from a neighbor. Humphrey was 63 at the time, the neighbor 79.

Humphrey had a criminal record, and a trial judge initially set bail at $600,000. The judge eventually reduced it to $350,000, which Humphrey still could not afford. Bail bond companies require defendants to pay up to 10% of the bail amount even when the defendants show up to court. Humphrey did not have the $35,000 to obtain bail.

In challenging the bail decision, lawyers for Humphrey, who is Black, presented a 2013 study of San Francisco’s criminal justice system that found Black adults were 11 times more likely than white adults to be booked into jail before trial. After the appeals court ruled in his favor, Humphrey was released under electronic monitoring and an order to stay away from the victim and to participate in a residential substance abuse treatment program for seniors.

“Pretrial detention on victim and public safety grounds, subject to specific and reliable constitutional constraints, is a key element of our criminal justice system,” Justice Cuéllar wrote in Thursday’s ruling. “Conditioning such detention on the arrestee’s financial resources, without ever assessing whether a defendant can meet those conditions or whether the state’s interests could be met by less restrictive alternatives, is not.”

In February, Illinois Democratic Gov. J.B. Pritzker signed a bill that abolished monetary bail for jail release for individuals arrested and awaiting trial. Other states have eliminated the practice for most cases. 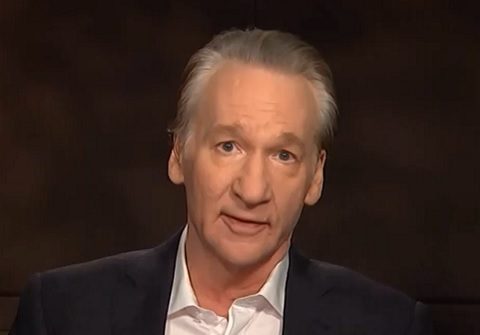