A committee in the California legislature passed a piece of legislation Tuesday that would make the state a safe haven for children who want to go through transgender procedures.

The measure passed the committee after hearing from children who formerly underwent transgender procedures, as well as parents who want legislators to rethink creating this type of law in the state. It is expected to pass the state legislature, as Democrats have a supermajority in the state house, according to the Washington Examiner.

The bill’s author is San Francisco Senator Scott Wiener, who tweeted in March, “The history of the LGBTQ community is a history of criminalization: Society trying to erase us & then punishing us if we refuse to be erased, whether by death, incarceration, beatings, lobotomies/electric shock, etc. CA won’t be a party to this new phase of LGBTQ criminalization.”

The legislation provides an avenue for insurance companies, physicians, and contractors to ignore subpoenas regarding child custody and other court measures from outside states if the child is being medically treated for transgenderism. It also prevents health care providers and contractors from giving out medical information if is being requested from another state due to the state’s policy allowing civil action to be taken against individuals who perform “gender-affirming health care” on children.

The bill states that a California court “has temporary emergency jurisdiction” for several reasons, including abuse, abandonment, and protection of a child, as well as “because the child has been unable to obtain gender-affirming health care or gender-affirming mental health care.”

“A law of another state that authorizes a state agency to remove a child from their parent or guardian based on the parent or guardian allowing their child to receive gender-affirming health care is against the public policy of this state,” the bill also reads, “and shall not be enforced or applied in a case pending in a court in this state.”

The measure also instructs law enforcement agencies to “not make or intentionally participate in the arrest of an individual pursuant to an out-of-state arrest warrant for violation of another state’s law against providing, receiving, or allowing a child to receive gender-affirming health care.”

Some Republicans view the bill as an unconstitutional attempt to go around other states’ laws.

Emmaline, a blogger who writes about dysphoria and has personal experience of a child suffering from gender confusion, testified by phone at the hearing.

“These are not my elected officials. They are taking away my rights in another state to protect my child and keep her body safe until she fully matures,” she told the Examiner in an interview. “This impacts my rights as a parent in New York should my child find her way to California through a friend, school trip, or family member. Now she has access to receiving gender-affirming care without my consent.”

Chloe Cole, a 17-year-old girl went through early transition treatment to become a male, but is now a detransitioner and against such practices, spoke before the assembly, saying, “At age 15, I asked to remove my breasts … I attended a top surgery class that was filled with around twelve girls that thought they were men, most were my age or younger. None of us were going to be men. We were fleeing from the uncomfortable feeling of becoming women.”

“I was unknowingly, physically cutting off my true self from my body, irreversibly and painfully,” Cole added. “… I really didn’t understand all the ramifications of any of the medical decisions I was making.”

Cole said she is unaware if she will be able to carry a baby to full term, adding that the doctors who gave her the hormone treatments also do not know.

All copyrights and legal uses attributed to content are located at the article origination: © Daily Wire, California Moves Forward With Bill To Become Sanctuary State For Kids To Undergo Transgender Treatment 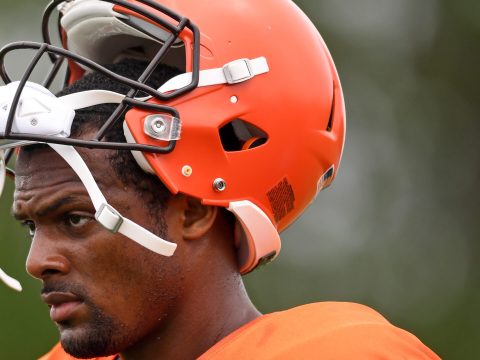