Critics of the Biden administration’s $1.75 trillion “Build Back Better” social spending package excoriated what they say is the bill’s myriad hidden costs and the threat of intrusions from the Internal Revenue Service.

Several analyses of the bill have been conducted in recent weeks, concluding that the bill’s stated cost is deceptive because the package contains a number of hidden costs and arbitrary sunsets that could more than double its actual spending over a 10-year period.

The U.S. Chamber of Commerce, citing a study conducted by analysts at the University of Pennsylvania’s Wharton School of Business, said in a letter to members of Congress that without those arbitrary sunsets and accounting tricks, the total cost of the bill is more than $4.1 trillion dollars.

Another study by the Wharton School’s Budget model, cited by the New York Post, estimated that the plan would cost up to $4.6 trillion over 10 years if its temporary provisions are made permanent.

The nonpartisan Committee for a Responsible Federal Budget estimated the cost even higher. The committee found that without the gimmicks and sunsets, the plan would cost nearly $5 trillion over ten years.

As highlighted by the New York Post, Republican New York Representative Nicole Malliotakis said of the bill, which passed the House on a completely party-line vote, “It is a destructive bill that will crush the middle class and hard-working Americans.”

Malliotakis, who notably was one of the 13 House Republicans who voted for the administration’s $1.2 trillion infrastructure bill, ridiculed the prospective legislation, calling it the “Build Back Broke Bill,” and arguing that the bill’s spending was “unsustainable.” “As Margaret Thatcher said, at some point, you run out of other people’s money,” Malliotakis said. She further derided the bill as a “Democratic socialist spending spree.”

“The short-term impacts will be inflation and a higher cost of living — and the longer-term impact will be tax increases on the middle class,” she said.

“Democrats are using every budgetary gimmick available to them and the main budget gimmick they used is to sunset these provisions.” Peter Warren, director of research at the conservative Empire Center for Tax Policy, told the Post. “But if they were to continue those programs the question is: Where will this money come from? And they’d need even more tax increases.”

Maya MacGuineas, president of the Committee for a Responsible Federal Budget, could only speculate on what form those taxes would take. “It could be a

0 120
GOP Sen. FBI-Twitter Warns of Corruption “Tip of the Iceberg” 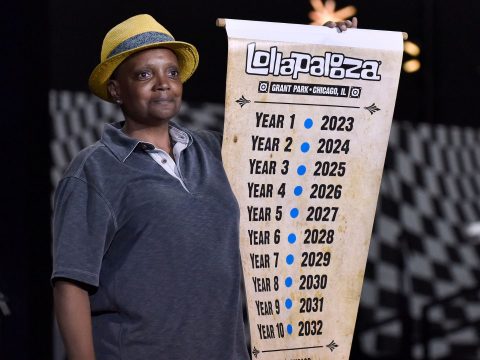