Bubba Wallace has had plenty of unforgettable moments at Talladega Superspeedway. As he pulls into the track to race this weekend, he says he will remember all of them but not get emotional about any specific memory.

“Talladega is Talladega,” Wallace told FOX Sports. “It just so happened to be that’s where we got our first win. And with everything that’s gone on prior to that, it’s just kind of a perfect storm.

“And everything that has gone on there, it’s made me who I am today — the good, bad and in between and all that. I just enjoy being there.”

Wallace made NASCAR history at Talladega in October, when he became the first Black driver to win a Cup race in 57 years. That triumph alone would make it a special moment in Wallace’s life.

But it also came about 16 months after NASCAR called in the FBI because it found a pull-down rope tied into a noose in Wallace’s garage stall. While other garage ropes were not tied in the same way, the FBI ultimately determined that the rope had been tied in that knot at the previous event and Wallace was not the target of a hate crime.

Bubba Wallace will relish this week’s return to Talladega, the site of his first Cup win. He talks about that moment, as well as what has made him an improved superspeedway racer.

Prior to the FBI’s conclusion, Cup drivers during prerace ceremonies pushed Wallace’s car to the front of the field, with many crew members walking behind the drivers. It was a sign of support for Wallace, whose advocacy on social justice issues has made him one of the most polarizing figures in the sport.

“What’s happened there in the past and some comments that have been made about him from people out there — I’m not even going to call them fans — I think it makes it sweeter that he won there,” said Ryan Blaney, a good friend of Wallace’s. “So I know he’s looking forward to getting back.”

Blaney also said, “I don’t want him to win again,” but he knows that Wallace very well could be a factor come Sunday.

Wallace followed his 2021 Talladega victory with a second-place finish at Daytona, where he also finished second in the race last summer, giving him three consecutive top-two finishes at NASCAR’s “drafting” tracks.

Because NASCAR has to reduce the horsepower to keep the cars from getting airborne on the high-banked tracks of Daytona and Talladega, the cars race in a much tighter pack, and the aerodynamic nature of the cars forces the drivers to get help from others in their lane to make moves.

That often leads to late passes for the leads and big wrecks, often caused as drivers try to block a line of cars gaining ground in another lane.

“He used to be a lot more aggressive, make moves, and a lot of times they didn’t work,” 2018 Cup champion Joey Logano said of Wallace. “They weren’t fully calculated and made him, honestly, fairly easy to beat.

“Now, it’s not quite like that anymore. He’s upped his game and kind of found his own niche of speedway racing that works for him. And he does a good job of surviving them. That’s the other piece I see, that he does a good job at getting to the end, which plays into that patient piece.”

Wallace showed that patience in October at Talladega. He had to save some fuel about midway through the race and then rallied from the middle of the pack as rain threatened to hit the racetrack. He took the lead four laps before a crash on the backstretch was quickly followed by a downpour, and he was eventually declared the winner — his first Cup trophy in 143 career starts.

“You want to win, and it’s so hard to win at this Cup level,” he said. “It took me five years to get a win, and so you just cherish every moment of it — the highs and lows, the good and the bad.

“I’m ready to relive that.”

Joey Logano discusses the ways he has seen Bubba Wallace improve in how he races at Daytona and Talladega.

The 28-year-old Wallace dismisses any criticism of his victory being a win in a rain-shortened race.

“A win’s a win,” he said. “And deep down, all the people that have been watching NASCAR and have been a part of our sport know how tough it is to win in this sport.

“And so when a win is right there [with rain threatening], and you know it, and everybody in the field has an opportunity to win it, then it’s something you just laugh about [when criticized].”

The win served as validation for Wallace and the 23XI Racing organization, formed prior to the start of the 2021 season by driver Denny Hamlin (who still drives for Joe Gibbs Racing) and basketball legend Michael Jordan.

Wallace still has the congratulatory voicemail from Jordan. The car, his firesuit and his hat are at the NASCAR Hall of Fame but will soon be back in Wallace’s possession. Hamlin, who has both of his Daytona 500-winning cars, will give Wallace the car.

Hamlin understands the historic nature of the victory and what a huge boost it was for the sport.

“It reached a lot of outlets you never thought would mention NASCAR,” said Hamlin, who got to watch the winning team celebrate and saw how much it meant to Wallace and the crew.

Denny Hamlin on the importance of Bubba Wallace’s victory

He would like to see that again. So far, this season has not gone the way they hoped, with Wallace sitting 22nd in the standings. His finishes have ranged primarily from 16th to 25th, with cars that he said had speed better than those finishes. However, pit crew issues and other misfortunes have kept the team from meeting its potential.

“We have not been firing on all cylinders as a team,” Wallace said. “And the results show. I feel like, honestly … that this has been the best year for me mentally, physically, showing up and being there ready to learn, ready to work and drive my ass off.”

He will need to do more than that to win again. He knows he will need help in the draft. Teams often make plans prior to the race to work with other drivers of their manufacturer. Wallace said those plans don’t often pan out.

“All big teams, they come up with these game plans on what to do and how to execute, and that s— goes out the window,” he said. “It’s a waste of damn time. One [reason] is a little bit of selfishness and the other is just circumstances.

“No one plans to be in a 20-car pileup on Lap 1. You just don’t know what’s going to happen. So the biggest thing for us is to do what we’ve learned, and what we’ve learned is to just do what we do. So I know it doesn’t make sense. But we’ve been able to make it work.”

It doesn’t make sense. But nothing in Wallace’s Talladega world, it could be argued, has made a whole lot of sense.

“I don’t feel any different than any other,” Wallace said. “I know it’s special, but there’s no, like, heightened awareness or, like, pressure because I won the last one.”

Bubba Wallace will get the car he drove to his first Cup win at Talladega last year. Denny Hamlin explains why he won’t make Wallace pay for the car.

What to watch for

Watch for drivers currently below the playoff cutline to attempt bold moves if they have an opportunity to win Sunday.

Current drivers below the cutline who are eligible for the playoffs and have won a Cup race at Daytona or Talladega: Austin Dillon, Erik Jones, Kurt Busch, Bubba Wallace, Ricky Stenhouse Jr., Justin Haley, Michael McDowell and Brad Keselowski.

Any one of them could turn his season around with a win, just as Denny Hamlin and Kyle Busch have done the past couple of weeks.

NASCAR opted for no practice for both Talladega races and Daytona in August. There’s a logical reason: Teams don’t often draft in practice, as they just want to shake down the car and make sure it doesn’t have any issues. Plus, then they shouldn’t need backup cars.

With just a lap or two in qualifying, teams could learn of an inherent issue, so they’re not going into the race without taking at least one lap.

“If we’re anywhere close, I’m going to leave it all out on the line.” — Brad Keselowski on his approach at Talladega

Bob Pockrass has spent decades covering motorsports, including the past 30 Daytona 500s. He joined FOX Sports in 2019 following stints at ESPN, Sporting News, NASCAR Scene magazine and The (Daytona Beach) News-Journal. Follow him on Twitter and Instagram @bobpockrass. Looking for more NASCAR content? Sign up for the FOX Sports NASCAR Newsletter with Bob Pockrass!

Get more from NASCAR Cup Series Follow your favorites to get information about games, news and more. 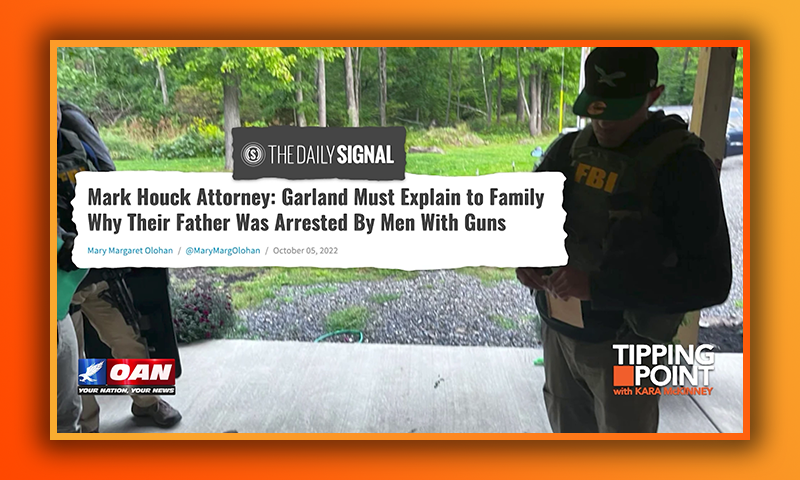 0 21
Mark Houck Attorney: Garland Must Explain to Family Why Their Father Was Arrested by Men With Guns