FOXBORO, MA – DECEMBER 8: Aqib Talib #31 of the New England Patriots looks on during a game with Cleveland Browns at Gillette Stadium on December 8, 2013 in Foxboro, Massachusetts. (Photo by Jim Rogash/Getty Images)

The brother of retired New England Patriots cornerback Aqib Talib is the prime suspect in connection with the murder of a Texas youth football coach. He turned himself in to authorities for the fatal shooting.

On Monday, the Lancaster Police Department reported that 39-year-old Yaqub Salik Talib was arrested after pulling out a handgun during a fight over the score of the game prior to fatally shooting 43-year-old Michael Hickmon. Witnesses said his brother, ex-NFL player Aqib Talib, started the brawl after a disagreement with referees over calls they made. Hickmon, who was shot in the chest, back and forearm, was later pronounced dead at the hospital. No other injuries were reported.

Loved ones are remembering Hickmon as a great friend coach and teammate. He was a former fullback at the University of North Texas.

In the meantime, Clark Birdsall, a defense attorney for Talib, said that he regrets the tragic loss of life and turned himself in so he could tell his side of the story.

“I think there – it’s going to be bedlam. There’s going to be 50 people seeing 50 different things. I’ve talked to Yaqub and I know what he saw,” Birdsall said. “There are going to be some overtones of defense to all this, and that’s really why Mr. Talib really wanted to go ahead and surrender now, because he wants a chance to get his story out there.”

Police stated that the two brothers are no stranger to law enforcement. In 2015 and in 2016 they were investigated for two separate shootings.

Yaqub Talib is being charged with murder while police continue to investigate if any other charges will be filed.

All copyrights and legal uses attributed to content are located at the article origination: © OANN, Brother of ex-NFL player charged in murder of Texas youth football coach

0 64
Fight over Democrat gerrymandering in N.Y 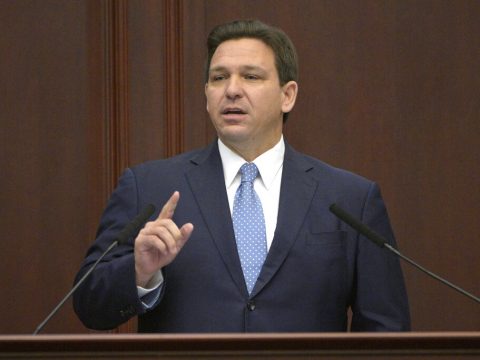