The suspect who took several people hostage in a Texas synagogue on Saturday is reportedly dead and all hostages are safe.

“U.S. Rep. Beth Van Duyne told a Star-Telegram reporter in a text that the hostage-taker is dead,” the Fort Worth Star-Telegram reported. “A loud bang followed by what sounded like gunfire was heard about 9:12 p.m. Saturday outside the Colleyville synagogue where a hostage situation has been ongoing for hours.”

All hostages are out alive and safe.

The Colleyville Police Department tweeted: “Update at 9:55pm: The SWAT situation in Colleyville is resolved and all hostages are safe. We continue to work in partnership with the FBI to finalize all details. We will be addressing the media staging area at Good Shepherd Catholic Church at 10:15pm with an update.”

Update at 9:55pm: The SWAT situation in Colleyville is resolved and all hostages are safe. We continue to work in partnership with the FBI to finalize all details. We will be addressing the media staging area at Good Shepherd Catholic Church at 10:15pm with an update.

The alleged suspect who took hostages at the synagogue claimed to be the brother of a terrorist who is incarcerated in Texas after she was convicted of trying to kill U.S. soldiers in Afghanistan.

The suspect’s sister is a known terrorist who is incarcerated at Carswell Air Force Base near Fort Worth and he is demanding to have the sister freed, according to the source.

“One suspect has taken the rabbi and three others hostage at Beth Israel Synagogue in Colleyville, TX. The hostage-taker is claiming to be armed and says his sister is Aafia Siddiqui, who was convicted in New York of trying to kill US military personnel,” ABC News correspondent Aaron Katersky tweeted. “Hostage taker is Muhammad Siddiqui and claims to be Aafia Siddiqui’s brother. He is demanding her freedom from an 86-year prison sentence.”

Aafia Siddiqui is “linked to al Qaeda and was convicted in 2010 of attempting to kill Americans in Afghanistan,” Foreign Policy reported. “Siddiqui … who’s known in counterterrorism circles as ‘Lady al Qaeda,’ has been linked to 9/11 ringleader Khalid Sheikh Mohammed and was once on the FBI’s most-wanted terrorists list. Educated in the United States — she studied at M.I.T. and received a doctorate from Brandeis — Siddiqui was arrested in 2008 in Afghanistan carrying sodium cyanide, as well as documents describing how to make chemical weapons and dirty bombs and how to weaponize Ebola. When FBI and military officials tried to question Siddiqui, she grabbed a weapon left on the table in her interrogation room and fired upon them.”

Star Telegram reporter Jessika Harkay tweeted out remarks that the hostage taker allegedly made, which could be heard on the synagogue’s live stream posted on Facebook before the tech giant took down the video.

“Don’t cry on the f***ing phone with me,” a person, who is allegedly the hostage taker, said on the livestream. “Don’t f***ing cry on me. I have 6 beautiful kids … There are hostages in the synagogue who are going to die. … What are you crying for?”

0 2
WATCH: Man Who Admitted To Pointing Gun At Rittenhouse Derides Teen For Crying On Stand: ‘Like A Child’ 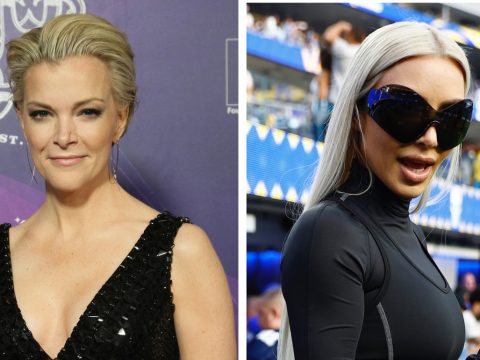 0 11
Portland Takes Out Ad In New York Times To Defend Itself: ‘We’ve Always Been Like This’