Dole, 97, revealed his cancer diagnosis in a statement Thursday. The former Kansas senator and 1996 Republican presidential candidate has battled pancreatic cancer in the past.

“Recently, I was diagnosed with stage four lung cancer. My first treatment will begin on Monday. While I certainly have some hurdles ahead I also know that I join millions of Americans who face significant health challenges of their own,” Dole said.

Dole was diagnosed with prostate cancer and underwent treatment before he announced his presidential run in 1996. During a campaign event, he fell off stage, prompting some speculation about his health. He brushed off those concerns at the time, however.

“I just went over the top,” he joked at the time. He fell off while leaning over a railing to shake hands with some supporters.

Despite his age, Dole has returned to politics and the national spotlight from time to time. In December, he spoke with a Kansas outlet over the outcome of the presidential race, saying, “It’ll take [former President Donald Trump] a while to accept” that he lost the election. At the time, Trump was continuing to assert the voter fraud had cost him the election to President Joe Biden. The Trump campaign and allies filed a number of legal challenges, but found little success in court.

As The Daily Wire reported at the time:

“The election is over and Biden will be president on January 20,” Dole, 97, told The Kansas City Star. “I know the president has not conceded and he may never concede, but he will not be in the White House on January 21.”

“It’s a pretty bitter pill for Trump, but it’s a fact he lost,” Dole added, who lost to former President Bill Clinton 24 years ago. “It’ll take him a while to accept that.”

Dole went on to compliment Biden, saying, “He’s a friend of mine and he was a good chairman of the Judiciary Committee in the Senate. He did a good job. Proud to be a liberal — hopefully not too liberal — but he knows how the government works and the Congress works and all this will be a benefit to Joe.”

Dole, a World War II veteran, received further accolades in the form of the Congressional Gold Medal, the highest civilian honor, in January 2018. Then-President Trump awarded Dole the medal during a ceremony on the Capitol Rotunda.

Dole has been awarded two purple hearts, a bronze star, and other awards for his military service. During a war offensive in Italy, Dole was injured while trying to save another soldier, leaving his right arm largely unusable and his right hand permanently clenched. 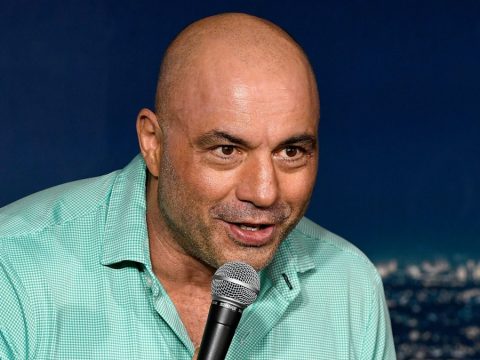 0 90
Joe Rogan Slams Present Liberals Who Today ‘Want Censorship,’ ‘People WHICH ARE Intolerant To Other People’s Concepts’ And More