A story that is old as time. Brazilian influencer Viih Tube was reportedly embarrassed to pass some gas around her boyfriend and ended up experiencing “horrible pain” and having to be wheel-chair bound at a Portuguese airport.

The 21-year-old Instagram star, born Vitória De Felice Moraes, had joined her boyfriend at the Rock in Rio Lisboa 2022 music festival in Portugal recently, the New York Post reported in a piece published Friday. It was while there, Tube felt some pain but decided to withhold farting around him out of embarrassment.

Because the star took the option to hold in her gas instead of letting it blow in front of her beau, the social media star had to be wheeled through the airport due to nothing more than a huge fart.

The influencer shared in a video she posted on her Instagram stories for her 23 million followers the lesson she learned. She also tagged her video with Brazilian singer Pocah because that star reportedly also recently ended up being hospitalized, for you guessed it, trapped gas.

“Like mother like daughter, and at the airport, I started to feel horrible pain and I was even attended in a wheelchair and it was gas lol,” Moraes captioned her post, the outlet noted. “I understand you mom @pocah.”

While Pocah is not her actual mother, the singer, born Viviane de Queiroz Pereira, did respond and wished Tube to get well real soon.

“Get well, my daughter. Farting is serious!” Pocah replied, The Sun noted.

In March, the singer end up in the hospital over what she later learned was nothing more than “trapped farts.”

“I woke up at 5.30am with severe stomach pains and ended up in the hospital,” the singer shared at the time. “But that’s it, guys. I’m now fine. Just an accumulation of trapped farts.”

“Girls, don’t be ashamed to fart in front of your guy, because what’s really embarrassing is not letting your guy sleep because you’re in discomfort, going to hospital with your guy, and the diagnosis being ‘trapped farts,’” the star added. “From now on, I’m letting them rip, guys.”

All copyrights and legal uses attributed to content are located at the article origination: © Daily Wire, Brazilian Influencer Wheel-Chair Bound After Holding Farts In Over Embarrassment: Report

0 26
Government Unions Have Been Stealing Money For Years — Now, SCOTUS Has The Chance To Intervene 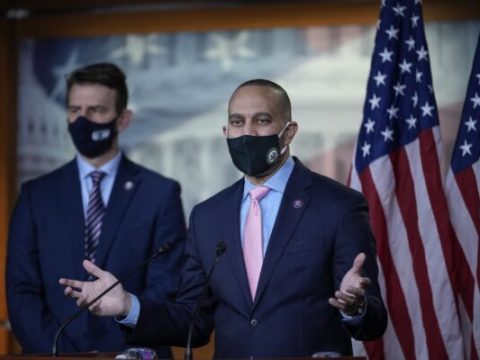