The British government purchased wraparound cover advertisements in the nation’s top newspapers to promote the booster campaign for the Chinese coronavirus vaccines.

The front and back pages of the UK’s national newspapers were plastered with government ads on Monday, encouraging the public to take so-called booster shots in the face of the Omicron variant of the Wuhan virus. Regional newspapers will also be paid to carry the same advert in the coming days.

“Every adult in the country now needs to get a COVID-19 booster vaccine, because two doses does not give you enough protection against catching Omicron. Vaccination sites will be open throughout the festive period — including between Christmas and New Year,” the advertisement read. 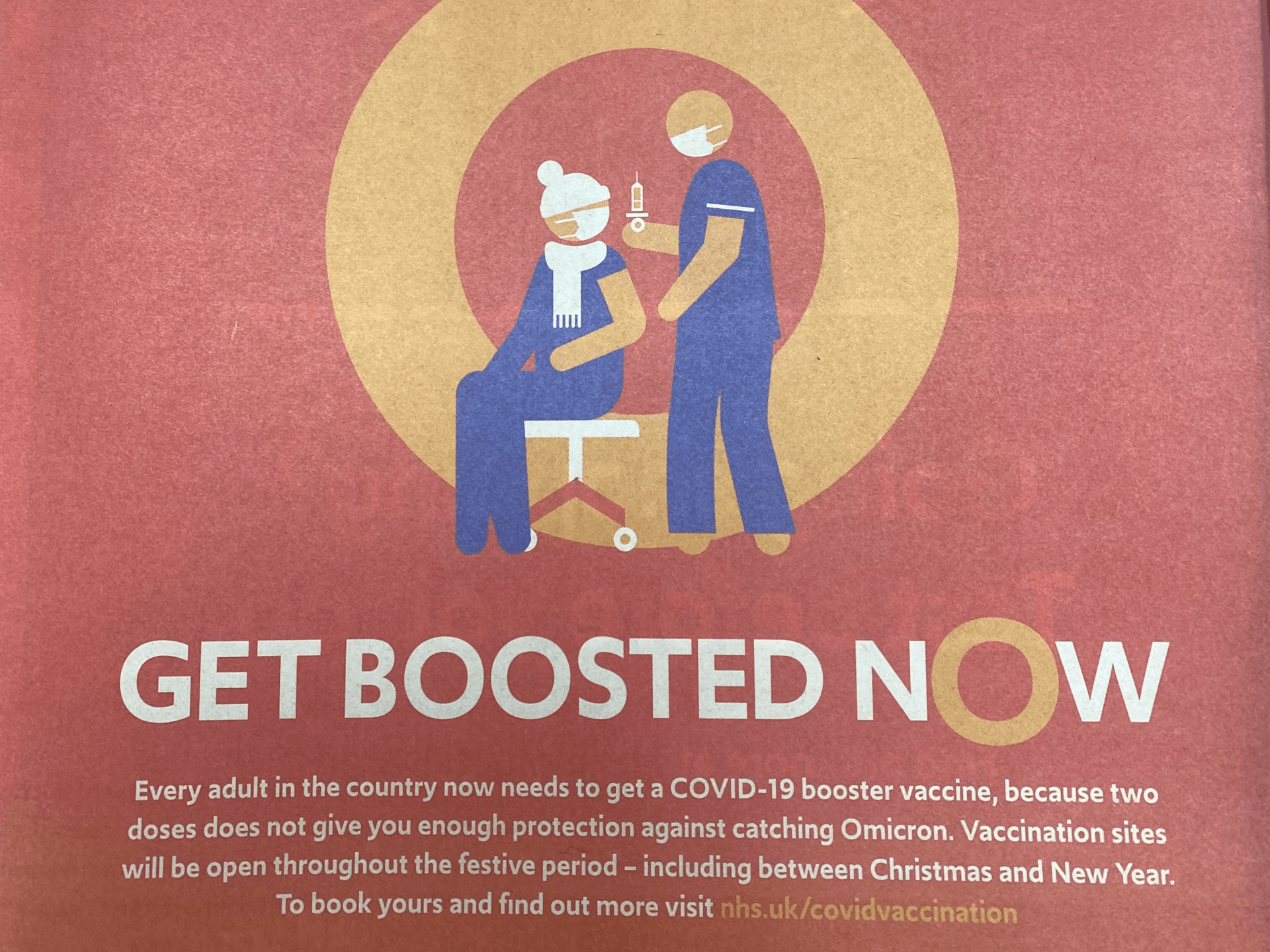 The British government’s ‘Get Boosted Now’ advertisement as seen on the front cover of The Sun newspaper, December 20, 2021

The ‘Get Boosted Now’ campaign was organised by the Newsworks, the marketing body for Britain’s national news publishers, as a part of its “All Together” partnership between the mainstream media and the government during the pandemic.

Commenting on the booster ad campaign, Newsworks CEO Jo Allan said: “It’s absolutely fantastic to see news brands coming together to boost the nation over the festive period. This fabulous industry effort across print and digital will help readers to protect themselves and their families against COVID-19.”

The government paid the newspapers to buy the space on the front pages of the national titles. The advertisements were also plastered across the newspapers’ websites, as seen in a social media post from the Press Gazette.

Govt booster campaign takes over newspaper print and online front pages today, with regionals following suit tomorrow (Tues) as part of the industry’s All Together partnership on Covid messaging with the Govt https://t.co/QkP7s2g36u pic.twitter.com/KayPLir36w

The partnership between the media and the government drew criticism on social media, including by comedian Pat Condell, who wrote: “What a shame. I don’t read newspapers for the same reason that I don’t drink sewage, so I’ll miss this important message.”

The government has focussed heavily on using public advertisements to shape public opinion on the Chinese coronavirus, including videos dubbed as “emotionally manipulative propaganda” featuring COVID patients in hospital with the message: “Look him in the eyes and tell him you always keep a safe distance”.

Another ad campaign in January warned Britons that having coffee with a friend could “cost lives“.

The government has admitted in a paper in May of last year that the influential Scientific Advisory Group for Emergencies (SAGE) planned out “Options for increasing adherence to social distancing measures”.

In the “Persuasion” section of the paper, the behavioural science sub-group the Scientific Pandemic Insights Group on Behaviours (SPI-B) said that “a substantial number of people still do not feel sufficiently personally threatened” by the coronavirus.

“The perceived level of personal threat needs to be increased among those who are complacent, using hard-hitting emotional messaging. To be effective this must also empower people by making clear the actions they can take to reduce the threat,” SPI-B advised.