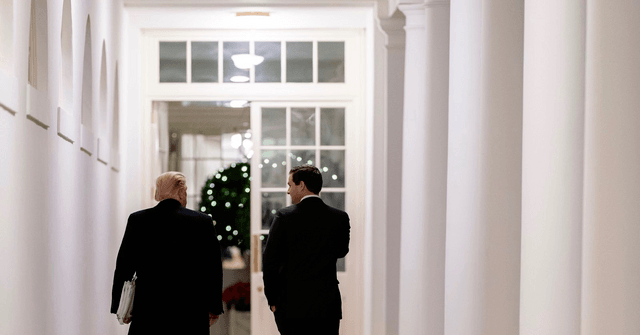 It’s been over a year since the 2020 election, but the establishment media are still addicted to Trump-bashing. Their latest target is John McEntee, one of the former Trump White House officials who loyalists to the former president believe was effective in implementing his agenda and cutting down on leaks and disloyalty in the ranks.

McEntee is a subject of a recently published book excerpt from Betrayal, from Jonathan Karl, chief Washington correspondent for the establishment broadcaster ABC News.

Published in the Atlantic, a magazine now owned by far-left billionaire tech heiress Laurene Powell Jobs, dubbed the “new Soros” by Breitbart News editor-in-chief Alex Marlow, the excerpt is overwhelmingly negative in its assessment of McEntee.

On the plus side, the piece provides a useful guide to Republican voters and Republican presidential hopefuls regarding who can and cannot be trusted in the federal government.

McEntee’s crime, in the eyes of the establishment media, is that he fought back against the efforts of establishment Republicans and permanent bureaucrats to sabotage the Trump presidency–and even worse in their view, he actually succeeded.

Throughout the Trump years, the media made celebrities of bureaucrats and White House political appointees who leaked against the President, undermined his agenda, or turned on him after exiting the presidency.

Lucrative book deals and media gigs awaited any official, from senior appointees like John Bolton to mid-ranking nobodies like Alexander Vindman, who threw Trump under the bus.

For three years, Trump struggled to solve this problem. Paralyzed by hostile deep state bureaucrats, and inept or disloyal appointees from the Republican establishment, the Trump administration was being smothered by leaks, politically motivated investigations, and two bogus impeachment frenzies.

When John McEntee was appointed to lead the White House Presidential Personnel Office (PPO), as Karl’s book admits, everything changed.

McEntee told the president exactly what he wanted to hear: that his political problems were caused by people who pretended to support him but were really against him, the secret Never Trumpers right there in his administration. It was time to root out the “deep state.”

Karl frames it as surprising that President Trump considered it necessary to search for deep state saboteurs “secret Never Trumpers” in his ranks.

Yet in the same extract, Karl mentions Miles Taylor, a NeverTrump Republican appointee at the Department of Homeland Security, who in an anonymous 2018 op-ed for the New York Times admitted that he and other officials were ceaselessly working to undermine the President.

Perhaps Karl’s tone of surprise owes less to the fact that there were saboteurs inside the Trump administration, and more to the fact that someone — McEntee — decided to do something about it.

Emma Doyle, deputy to then acting Chief of Staff Mick Mulvaney (who would later resign and condemn Trump), tried to block McEntee’s appointment, according to Karl.

Why Doyle would want to block the appointment of someone intent on rooting out disloyalty and sabotage is not explained. Regardless, her efforts were unsuccessful. McEntee got the job, and quickly demonstrated his effectiveness at it.

Karl himself notes how McEntee and one of his appointees, Josh Whitehouse, cleaned house at the Pentagon and overcame opposition to key items of Trump’s foreign policy agenda: withdrawing from endless wars abroad, and other needless foreign entanglements.

In October 2020, Whitehouse helped the Presidential Personnel Office write a series of memos identifying nearly two dozen Pentagon officials they thought should be fired, each outlining transgressions allegedly made against Trump.

The memo on Esper, never before made public, provides remarkable insight into the degree to which McEntee’s team was calling the shots. It includes bullet points outlining Esper’s sins: He “bars the display of the Confederate flag” on military bases; “opposed the President’s direction to utilize American forces to put down riots”; “focused the Department on Russia”; was “actively pushing for ‘diversity and inclusion’”; and so on. The memo recommended that Esper be fired immediately after the election and replaced by Christopher Miller, then the director of the National Counterterrorism Center.

1. Get us out of Afghanistan.

3. Complete the withdrawal from Germany.

“This is what the president wants you to do,” McEntee told him.

McEntee was doing what he was supposed to do: finding and firing personnel who had, intentionally or not, failed at enacting the President’s agenda.

“A president has a right to expect that his political appointees support his policies and will work to carry them out,” writes Karl.

That’s precisely what McEntee was doing — yet Karl, and Emma Doyle, and others who opposed him during the administration, seem to have a problem with it.

It’s a typical sleight of hand from the establishment media. “Every President” should expect loyalty from his appointees — except Trump, who was evil, and bad, and wrong, and deserved only disloyalty from officials.

It wasn’t just foreign policy where McEntee and the PPO proved their mettle. Some of the most important issues to the conservative base became White House priorities as a result of the PPO’s efforts.

Big Tech censorship was a top priority for President Trump and his supporters, but it wasn’t for the Deep State, and it wasn’t for NeverTrumpers. As I explain in my book DELETED, it was a key element of the left’s election interference.

Despite Trump frequently addressing the problem in public statements, it wasn’t until McEntee took the reins at PPO that a serious effort was made to tame the tech giants.

He appointed Michigan law professor Adam Candeub to a key position overseeing internet policy, where he led an effort to have the FCC use its rulemaking powers to stop social media censorship.

And it was Candeub’s deputy, Nathan Simington, who replaced an establishment Republican at the FCC who opposed Section 230 reform.

Former FCC chairman Ajit Pai  — another disloyal Trump appointee — torpedoed the efforts in the closing days of the administration after previously voicing support for it.

There was little McEntee could have done about that — Pai had been appointed long before his tenure at PPO. Nevertheless, thanks to McEntee’s appointments Big Tech came within a whisker of having its precious censorship rights taken away.

There’s also critical race theory, now an election-winning issue for Republicans, as demonstrated by the GOP sweep in Virginia.

Critical race theory has existed for years — Andrew Breitbart wrote about it nearly a decade ago — but it wasn’t until the Trump administration declared war on it that it became a national priority.

That, too, was largely the result of McEntee’s PPO. It was the PPO, with its agents in every executive office, who collected the craziest “diversity” trainings from across the federal government to build the case against critical race theory. These actions led to Trump’s executive order banning the practice.

Strip away the negative tone of the extract, and all Karl seems to be saying is that the PPO under McEntee actually got the job done for Trump — and that’s the precise opposite of what the establishment media wanted. To Karl and those like him, disloyalty to the 45th President was patriotism. To McEntee, it was just disloyalty.

Whether Trump regains the White House in 2024 or not, the problem of deep state sabotage will persist, and likely worsen.

On rare occasions, the deep state will even go after Democrat presidents. Witness the deployment of the office of inspector general, one of the unelected bureaucracy’s key weapons, against Biden over the Afghanistan withdrawal. The one major Trump policy that Biden (ineptly) followed through on is the one that gets investigated by the State Department’s inspector general.

A Republican president would face far worse from the deep state. Republicans, unlike Democrats, think the size and power of the federal government are bad. They oppose the pet projects of woke officials like Critical Race Theory and the denial of science on issues of gender.

They think the elected President should run the executive branch, not unelected bureaucrats. Some Republicans (not the swampy ones) even believe that bureaucrats should serve the American people, not the corporations they hope to work for later.

People who can navigate this complex and hostile environment are in short supply.

0 8
Midwest Values: Chicago Robbers Give Victim A Switchblade So That He Doesn’t Get Mugged Again, Authorities Say 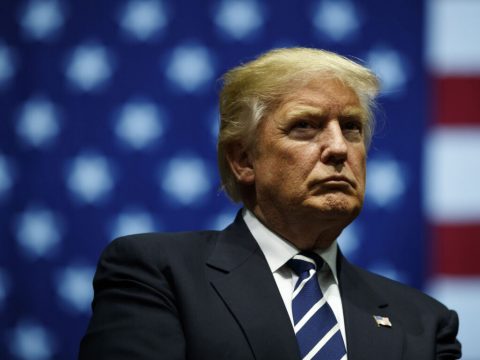