For years, I sneered at Bob Saget. Mostly because my younger sister was a dedicated fan of what I considered the most embarrassingly saccharine show on television: “Full House.” I would come from school to find her rabidly watching reruns of the gentle antics of the Tanner family and think to myself how much better, how much more sophisticated was my taste. Then I’d lock myself in my room to marinate my malleable teenage psyche in the nihilism of Nirvana and Nine Inch Nails.

As we got older, I think my brother and I shamed our sister enough over her devotion to the show that she eventually gave it up and tried to pretend she enjoyed the dark, cynical entertainment that we had decreed respectable for children of the nineties. But I discovered how deep her affection for the series ran when Netflix announced in 2016 it was reviving it for a new generation. It was must-watch nostalgia for her, but thanks to her infectious enthusiasm, soon became a new source of joy for her niece, my daughter.

Together they binge-watched the latest adventures of DJ, Stephanie, Uncle Jesse, and, especially, patriarch Danny. As my middle schooler begged for TV time to watch the original after finishing homework, I reflected how much my attitude toward the franchise had changed. Thank God, I thought, my tween’s taste runs to the innocence of her aunt. Thank God she prefers “Full” and “Fuller House” to the sort of bleak contempt that ensnares the hearts of so many children at her age.

Many of the obituaries and remembrances of Saget since his tragic passing this week have taken pains to point out how different his own comedy could be from that of the wholesome Danny Tanner, how raunchy his standup routines were. Yet there was a reason, despite that blue act, that casting directors chose him as the perfect vessel to entertain all ages with clean laughs, not just on “Full House,” but also as the host of “America’s Funniest Home Videos.” The title of his most recent comedy tour, “I Don’t Do Negative,” seems touchingly apt now.

Even his largely off-screen narration in “How I Met Your Mother” encapsulated the sort of calm, competent fatherly warmth our culture has told us is not necessary to the formation of emotionally and mentally healthy children. So then how come so many kids flocked to it?

However dirty the jokes, there was a sunniness to Saget that shined through. Unlike the entertainment pundits who, even now, are prompting the world to remember his darkness more than his light, Saget himself never disrespected the comfort Danny Tanner offered to multiple generations. In fact, in a nation where one-in-four children are growing up without a father figure, Saget often became celluloid stand-in. A meager offering to those lacking the real thing, to be sure, yet a concrete legacy of good Saget gave the world. In fact, it was his idea to make Danny an incorrigible hugger.

To see the font from which that innate “dadness” sprung, one only need listen to Saget talking about his own father, as in a story he recounted to Vulture in 2017 when the outlet asked him about putting out a message of loving others and how disjointed it seemed alongside some of his dirtier jokes:

“It’s really all I care about. It’s all I was taught by my dad. One time I was hosting America’s Funniest Home Videos and my dad came on the set. I said, “Dad, what would you like to say to people?” and he took two minutes of ABC network time at 7:20 at night to say, “You’ve got to be kind to each other.” He gave this speech and said that people need to treat people the way they would like to be treated. Kindness was something that was incredibly important to him. He was 100% right. We haven’t lost kindness, but we’ve lost the people in power stressing it. We need to be kind and we need the people at the top to start being kind.

Judging from the outpouring of love from people who knew him personally, Saget practiced what he preached.

Thanks to his struggles with outlandish behavior and addiction, at one time much of the entertainment world had written off Saturday Night Live’s Pete Davidson as a punchline or a cautionary tale. To Saget, evidently, he was a fatherless kid who needed help.

“When I was younger and several times throughout our friendship,” Davidson shared via the Twitter account of a friend, “he helped me get through some rough mental health stuff. He stayed on the phone with my mom for hours trying to help in any way he can — connecting us with doctors and new things we can try. He would check in on me and make sure I was okay.” 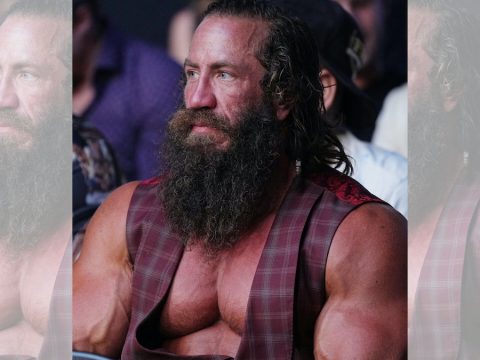