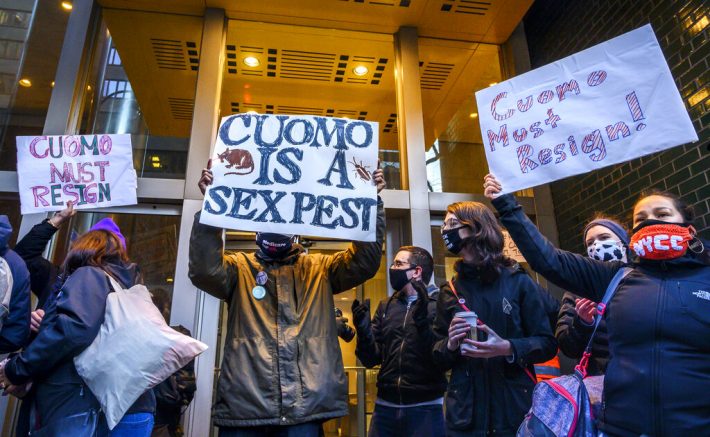 Demonstrators rally for New York Gov. Andrew Cuomo’s resignation in front of his Manhattan office in New York, Tuesday, March 2, 2021. Cuomo has avoided public appearances for days as some members of his own party call for him to resign over sexual harassment allegations. (AP Photo/Brittainy Newman)

The ground under Democrat Gov. Andrew Cuomo seems to be crumbling as lawmakers from both sides of the aisle call for his resignation. New York state lawmakers are focusing their attention on squeezing the governor out of office.

On Tuesday, half-a-dozen democratic-socialist state senators wrote a letter urging lawmakers to begin impeachment proceedings. This comes in the wake of sexual harassment allegations against Cuomo from three former staffers.

The lawmakers are accusing Cuomo of using his office to “belittle, bully and harass his employees and colleagues.”They went on to demand the Democrat governor be held accountable, noting he cannot just walk away from the accusations.

“This very clearly reflects a hostile work environment and it certainly is not the behavior of someone who should hold our highest office in the state of New York,” said state Sen. Alessandra Biaggi (D).

Additionally, leaders of both chambers of the Empire State’s legislature agreed to strip Cuomo’s emergency powers given to him during the pandemic. The leaders issued a statement Tuesday, noting the legislature needs to take back its power to provide relief to residents.

Last March, lawmakers gave Cuomo temporary emergency powers by allowing him to issue wide-ranging executive orders relating to the state’s coronavirus response. However, the governor has come under immense scrutiny over the past few months over his office’s alleged cover-up of coronavirus related nursing home deaths. His emergency powers could be revoked as early as this week.

“I think the scariest thing about this is that we have a governor who withheld information from the public at a time when people were very scared and looking for answers,” said state Sen. Jabari Brisport (D). “And it is critical that this does not happen again.” 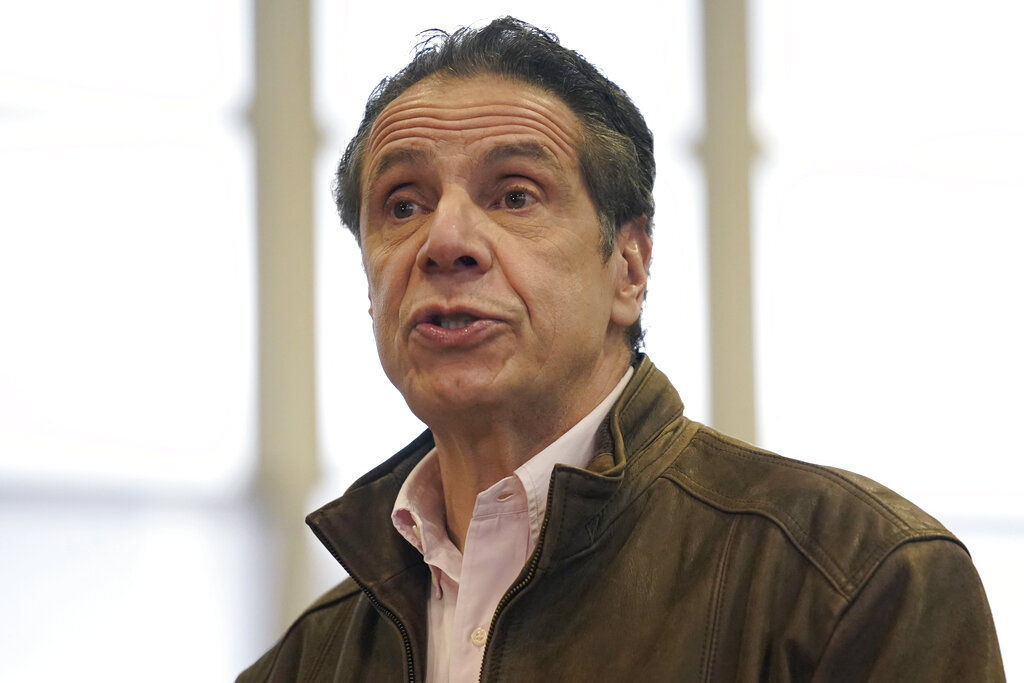 In the meantime, New York Attorney General Letitia James is investigating both the sexual harassment and cover-up scandals. This has prompted Cuomo to laywer-up by bringing on criminal attorney Elkan Abramowitz to represent the executive chamber for the cover-up probe. Abramowitz reportedly represented disgraced movie mogul Harvey Weinstein during his legal battles over sexual assault.

Cuomo’s criticisms have spilled over into the public square with a recent poll showing 64 percent of residents do not want him reelected in 2022. This has piqued the interests of several lawmakers with GOP Rep. Lee Zeldin champing-at-the-bit to take over the governor’s mansion.