A California State Assembly committee passed a Senate bill that would make the state a transgender sanctuary state. The legislation passed Monday along party lines. It would provide refuge for trans youth and their parents, along with physicians who believe in so-called gender-affirming health care.

Two people gave testimonies in opposition of the bill. One included a 17-year-old girl who shared how much she regretted removing both of her breasts when she decided to medically transition at 13. Another testimony was from a lawyer and mother, Erin Friday, who said the bill is unconstitutional under the 14th Amendment. She also laid out what the bill actually is.

Erin absolutely shut down the deceptive rhetoric and exposed the truth of this harmful bill. pic.twitter.com/TrVlIP6Fjn

The bill had its second reading and will be referred to the Appropriations Committee. If it passes out of both the Senate and Assembly, the next step would be for Democrat Governor Gavin Newsom to sign it into law.

0 23
White House Chief Of Staff: Tanden Will Be Confirmed, But We’ll Put Her Somewhere Else If She’s Not 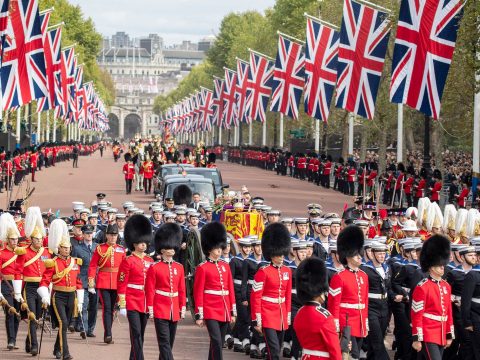 0 37
‘Without Any Hesitation, We Booked The Trains To Be Here’: Thousands Fill London Streets To Pay Final Respects To The Queen