President Joe Biden’s approval rating continues to drop as voters grow increasingly dissatisfied with his handling of key issues, according to the results of a new poll.

Biden’s approval rating dropped to a new low of 33%, according to a Quinnipiac University poll released Wednesday, with 53% of Americans saying they disapprove of the president’s performance. The rating is down 3% since November 2021, when Biden held a 36% approval rating.

Voters were critical of Biden’s handling of key issues, including the economy, the COVID-19 pandemic and foreign policy. (RELATED: POLL: Majority Of Americans Say Pete Buttigieg Is Failing To Deal With Supply Chain Crisis)

President Joe Biden coughs as he talks to reporters about the November Jobs Report on Friday. (Andrew Caballero-Reynolds/AFP via Getty Images)

Just 34% of Americans said they approve of Biden’s handling of the economy, with 57% saying they disapprove. The results follow several months of increasing inflation, with the Consumer Price Index currently rising at its highest rate in 40 years.

Biden’s handling of foreign policy received similar levels of disapproval, with only 35% saying they approve of his performance on the issue. The Biden administration received harsh criticism for its withdrawal from Afghanistan in August that left hundreds of Americans stranded.

Biden fared slightly better on COVID-19, with 39% of Americans saying they approve of his response to the virus, though 55% said they disapprove.

Americans also viewed Biden as polarizing: 49% said Biden is dividing the United States, and 42% said they view the president as unifying the country. 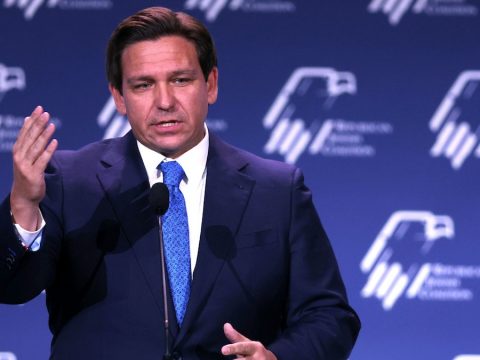 0 70
‘There Is No Substitute For Victory’: Ron DeSantis Lays Out The Roadmap For Republicans To Dominate 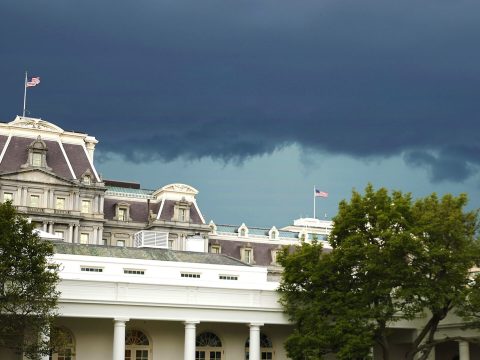