U.S. gas prices are expected to start climbing once again after a brief period of reprieve, some industry experts predict.

Gas prices — which have been on the rise for months — consistently hit record highs in March, easily topping well over $4.00 per gallon.

According to the U.S. Energy Information Administration, looking at all grades and formulations in retail gas prices, the U.S. hit an average of $4.322 in March 2022 — roughly $1.70 more than the $2.594 average seen in March 2019, under former President Donald Trump.

However, while Americans have experienced a slowdown in the rise, industry experts expect it to tick back up yet again, as gas price futures rose 30 cents in the last week.

That is “just bad news for the consumer,” Andy Lipow, president of Lipow Oil Associates, said according to Fox News. He believes prices could rise as high as $4.20 per gallon.

According to AAA, the national gas price average stood at $4.087 on Monday, April 18. However, the average price is still over $5.00 in states such as Nevada and California, with the Golden State’s Mono County, specifically, reporting an average of $6.572.

President Biden has refused to take responsibility for the bad policies, such as essentially stifling U.S. energy production, that have contributed to the skyrocketing gas prices over the course of his presidency. Instead, he has remained defiant, contending that loosening restrictions on domestic energy will not lower energy prices for American families. Rather, he has pitched electric vehicles as a way out of the dire situation, which has forced some Americans to resort to cutting back on groceries to fill up their gas tanks.

“But transforming our economy to run on electric vehicles powered by clean energy with tax credits to help American families winterize their homes and use less energy — that will,” Biden claimed. “That will help.”

Last month, Biden made it clear that the U.S., instead, must “double down on our commitment to green energy,” blaming Russian President Vladimir Putin for the rise in gas prices, despite the fact that gas was on the rise long before the invasion of Ukraine.

0 26
Migrants being transferred throughout the country

0 31
Living Through A Socialist Collapse: An Insider’s Account Of Venezuela’s Demise 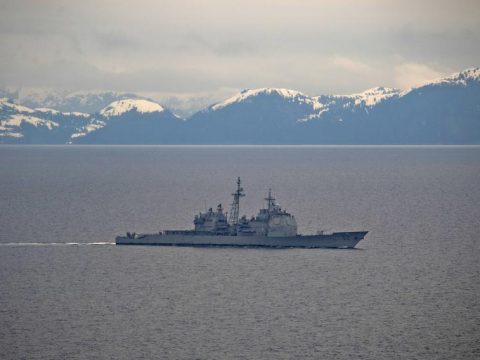