While the nation has been reeling from rising crime during the Biden administration, “defund the police” advocates have been visiting the White House or meeting with White House aides, White House visitor logs reveal.

Some of the activists have included Rashad Robinson, the president of Color of Change; Carmen Rojas, the President and CEO of the Marguerite Casey Foundation; Latosha Brown, the co-founder of Black Voters Matter; and Tylik McMillan, who serves as the “National Director of Youth [and] College” at Al Sharpton’s National Action Network, Fox News reported.

“So many people are twisting themselves into word pretzels,” Rojas tweeted last year. “They say we need justice in one breathe & not all police are bad in the next. We must be unwavering in our commitment to freedom. The best way to realize it is to defund the police and support abolition. Period.”

So many people are twisting themselves into word pretzels. They say we need justice in one breathe & not all police are bad in the next. We must be unwavering in our commitment to freedom. The best way to realize it is to defund the police and support abolition. Period.

Color of Change pushed to “dismantle” and replace the Minneapolis Police Department in 2021, according to Fox News. They created a petition titled, “TAKE ACTION: Defund the police, and invest in communities now!” The petition states, “The Minneapolis City Council recently approved a potential ballot measure that would change the city charter and dismantle the Minneapolis Police. Now it’s up to us to hold them accountable, push for further systemic changes.”

“The Post collected data on nearly 40,000 payments at 25 of the nation’s largest police and sheriff’s departments within the past decade, documenting more than $3.2 billion spent to settle claims [of wrongdoing].” #DefundthePolice https://t.co/fm1UMmcbm3

Brown, according to the White House visitor logs and Fox News, has communicated with Vincent Evans, who worked for Vice President Harris’s office.  Referring to police reform, Brown stated, “It’s kind of like having weeds in the yard. You can cut the weeds down, you know, when you’re mowing the grass, but until you uproot or kill the weeds, it will still take over your yard,” reported the Washington Examiner.

“I do want to run for office one day,” he added in another post.

All copyrights and legal uses attributed to content are located at the article origination: © Daily Wire, Biden White House Has Been Hosting ‘Defund The Police’ Activists

0 7
Bill Maher Explodes: ‘Nothing Is Ever Good Enough’ For Leftists, ‘This Is Why People Hate Democrats’ 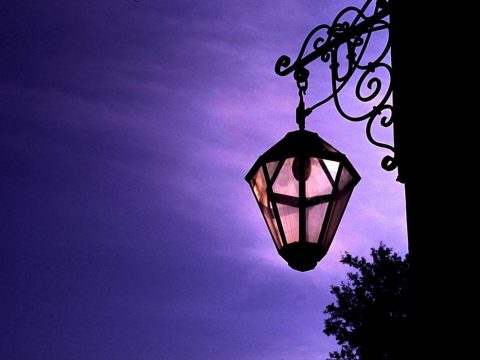 0 53
Chris Queen: Gaslighting: How The Mainstream Media Tries To Drive You To The Left

0 7
Not Quite Her Majesty’s Service