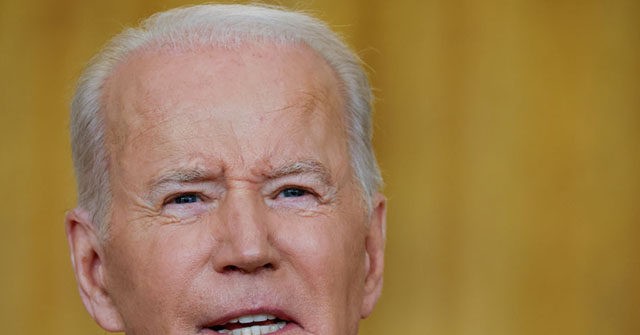 President Joe Biden said on Thursday that his administration would stop at nothing to keep American families and businesses from higher gasoline prices in the wake of Russia’s attack on Ukraine this week.

“My administration is using every tool at its disposal to protect American families and businesses from rising prices at the gas pump. We’re taking active steps to bring down the cost,” Biden said at a press conference at the White House.

The U.S. is working with allies to elevate the amount of oil that will be released from strategic reserves, the president said.

“We are actively working with countries around the world to elevate collective release from the strategic petroleum reserves of major energy-consuming countries and the United States will release additional barrels of oil as conditions warrant,” Biden said.

The history of such campaigns by governments to bring down the price of oil is fraught. In November, Biden ordered a release of 50 million barrels from the Strategic Petroleum Reserve over several months. India, China, Japan, the Republic of Korea, and the United Kingdom also announced petroleum reserve releases, the first-ever globally coordinated use of strategic reserves.

Last year’s release had little to no effect on oil prices. Global markets had been expecting a bigger release, so futures prices actually rose. Omicron restrictions and a feared collapse of travel did push prices down for a short period. But any effects of additional supply were largely overwhelmed by inflationary pressures and rising demand as economies around the globe continued to open themselves up. By mid-January, the price of oil was above where it had been before the omicron-decline.

Russia is the world’s third-largest producer of oil, after the United States and Saudi Arabia, supplying around 10 percent of the total supply. It provides around 11 percent of the U.S. supply, around 700,000 barrels a day. Purchases of Russian oil by U.S. companies have grown rapidly in recent years as U.S. sanctions on Venezuela blocked oil from that country.