President Joe Biden told Jimmy Fallon on “The Tonight Show” Friday that his administration’s “Build Back Better” spending plan would lower costs for most Americans, and would not increase taxes or the federal budget deficit, despite a number of economic analyses that say otherwise.

He then touted the provisions of the bill, saying that it would replace all the lead water pipes throughout the country, expand internet access, create millions of jobs, and “improve quality of life for an awful lot of people around the country,” Biden said to raucous applause.

Fallon then asked Biden about the “Build Back Better” social spending plan. Biden responded, giving the standard pitch he has commonly used to tout the nearly $2 trillion spending package.

“What’s in it is the ability for working-class and middle-class people to have their cost of living cut significantly. For example, there is money in there to make sure that there’s the ability to care for — child care. Right now, if you’re in New York, and you’re a man or a woman having child care for your children, you’re paying $21,000 to $25,000 a year to be able to do that. Well, most people can’t do that, so people leave the workforce. This will mean you don’t have to spend more than 7% of your income, saving tens of thousands of dollars over time.”

“We also provided in that bill … we’re gonna make sure that you’re able to send your 3 and 4 and 5-year-olds to school, which will increase exponentially their chances of succeeding,” Biden continued.

“There’s a whole range of things that are in there that are going to really reduce, essentially, the cost of living for people in a reasonable, rational way.”

“And by the way, every single bit of that bill is paid for,” Biden finished. “No one making less than $400,000 bucks a year will pay an additional cent in taxes, as well as, it will not increase the deficit one penny.”

Biden’s comments run afoul of several expert analyses of the “Build Back Better” initiative. The Daily Wire reported last month that the Congressional Budget Office found that the bill would add $367 billion to the federal deficit over 10 years. Another report by the Tax Policy Center found that the bill would increase taxes on up to 30% of middle-class households, in addition to a proposed tax hike from Democrats in Congress.

Furthermore, critics of Build Back Better have been quick to point out that the bill uses myriad accounting gimmicks to hide the actual cost it will impose on ordinary Americans. Several independent groups analyzed the bill and found that without those accounting tricks, the actual cost of the bill would likely be between $4-5 trillion over 10 years. The bill also contains $80 billion in additional funding for the IRS, which critics say will disproportionately affect Americans making less than $75,000 per year. 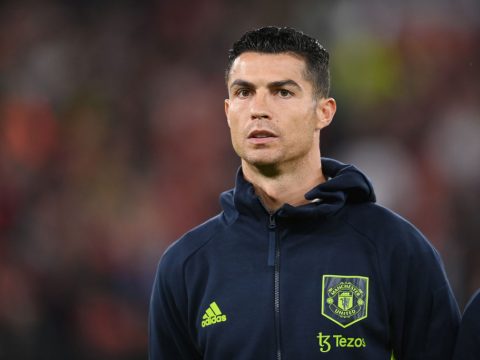 0 83
‘Nice To See You!’: Soccer Legend Sparks Reactions After Posing For Photo With Jordan Peterson

0 20
Gabbard: If 'Power Elite' Continue Censorship, Propaganda 'We Will Have a Dictatorship'