Joe Biden tried to spin several concerns for Americans during a recent interview. He sat down with a reporter Tuesday, but seemingly avoided responsibility for key issues.

Asked about Ohioans “who have expressed concerns about whether trillions more in federal spending will help” when inflation is at a 39-year high, Biden lies to them.

According to the Congressional Budget Office estimations, however, this is false. The CBO pointed out the measure will cost more than the $1.7 trillion they proposed. In reality, the bill is estimated to cost $5 trillion and add $3 trillion to the nation’s debt with the addition of more accurate costs of the social programs.

The Associated Press reported wholesale prices increased by almost 10 percent in November. This indicates inflation will continue to rise.

Supply chain issues have also been a worry for many Americans this year, especially during the Christmas season. Biden assured the supply chain is in good shape, but stopped short of promising it won’t cost Americans more money.

Biden laughs that Christmas gifts will “cost you money” this year, as prices surge at the highest pace in 39 years.

What’s funny about that? pic.twitter.com/cQ8wg4a2n3

Biden was also asked about vaccine mandates after federal judges put a hold on several lawsuits filed against the administration. His response was to blame the unvaccinated.

Biden claimed it’s the unvaccinated who are the problem, but reports have shown the jab fails to completely protect people from getting COVID and spreading it to others. According to CDC Director, Rochelle Walensky there’s an uptick in hospitalizations among people who have been vaccinated.

0 31
Founder Of Parents’ Group Blasts DOJ After School Officials ‘Threats’ Memo: ‘It’s The Weapon of Terrorists To Intimidate The Opposition’ 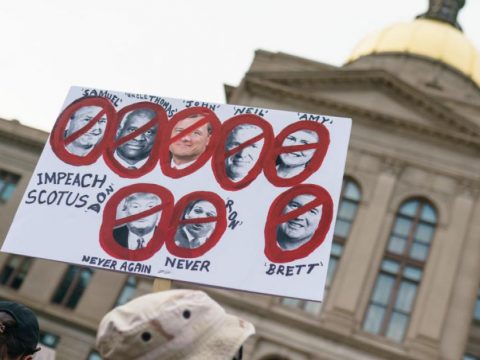