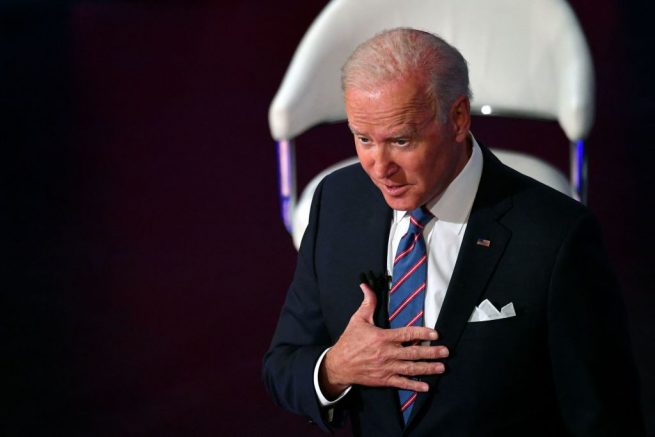 Joe Biden fumbles over an answer after being questioned on why he hasn’t visited the U.S.-Mexico border.

During a CNN Town Hall Thursday, Biden said while he probably should go down to the border, he “hasn’t had a whole hell of a lot of time” to do so. He claimed he’s been too busy responding to a number of other crises including hurricanes and floods.

“I’ve been spending time going around looking at the $900 billion worth of damage done by hurricanes and floods and weather, and traveling around the world,” he said.

In the meantime, apprehensions of illegal migrants along the southern border have surged to their highest levels since 1986. Additionally, over 1.7 million illegal immigrants have been detained at the U.S.-Mexico border this year alone.

WATCH: Joe Biden says he hasn’t had “time” to visit the southern border, says “I guess I should go down” pic.twitter.com/mqxgWGgrfb

Although Biden has said otherwise, it’s still unclear whether he has ever made a trip to the southern border as a senator, vice president or as president.

First seen at © OANN, Biden speaks out on why he hasn’t visited southern border during time in White House