The Biden administration is defending a federal ban on gun-ownership for medical marijuana users, urging a federal judge to dismiss a challenge to the statute.

Medical marijuana users should be prohibited from owning guns because the substance impairs the “judgment, cognition, and physical coordination” of those under its influence, lawyers for the Justice Department argued. Florida agricultural commissioner Nikki Fried (D.) is spearheading the lawsuit against the government for its prohibition on people who consume cannabis products with a prescription from owning firearms.

“I’m suing the Biden administration because people’s rights are being limited,” the commissioner said in April after filing the suit. “Medical marijuana is legal. Guns are legal. This is about people’s rights and their freedoms to responsibly have both.”

The administration’s stance stands in contrast to President Joe Biden’s rhetoric on marijuana. Biden has endorsed decriminalization and argued the federal government shouldn’t interfere with state affairs when it comes to marijuana laws.

The Biden administration’s inconsistent stance on the drug mirrors that of Vice President Kamala Harris. As California Attorney General, Harris was responsible for locking up thousands for marijuana-related crimes, the Washington Free Beacon reported in 2019. That same year, as she was running for president, she said she was pre-disposed to like smoking marijuana due to her Jamaican heritage. The comment which drew stern criticism from her father, who said she was stereotyping people on the island.

Most Americans support both the legalization of medical marijuana and the private ownership of firearms. Ninety-one percent of Americans believe that weed should be legal in some form, according to a Pew Research Center poll.

Reason magazine pointed out that the Justice Department’s argument citing marijuana’s effect on the mind “could be applied to many legal drugs” such as alcohol or prescription opioids that are legal for gun-owners to consume.

In its motion to dismiss the lawsuit, the Justice Department cited historical disarmament of “groups deemed dangerous,” such as 17th-century Catholics and American Indians, as precedent for the practice of preventing certain groups from owning weapons.

Fried is running in the Democratic primary to challenge Republican governor Ron DeSantis in November. Fried and the governor appear to be on the same page regarding medical marijuana users’ Second Amendment rights.

“Floridians should not be deprived of a constitutional right for using a medication lawfully,” DeSantis’s office said. 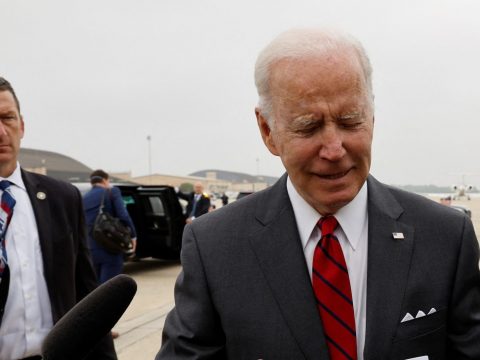 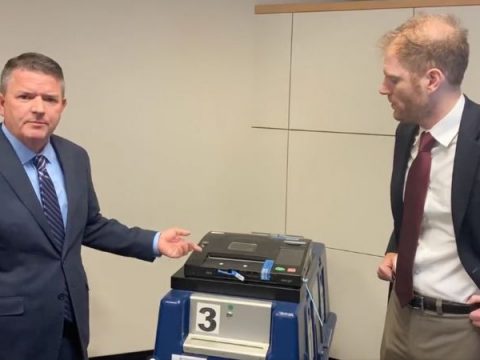