Joe Biden is trying to have his cake and eat it too as he shuts down exploration and production of oil and gas on onshore federal lands while acknowledging the importance of fossil fuels in the U.S. energy landscape.

The Oil Price dot com website reported on the Biden Administration shutting down lease sales for offshore oil and gas in the Gulf of Mexico as prices for the fossil fuels soar. The reported was based on a Bloomberg analysis of the president’s budget plan for fiscal year 2023:

On Tuesday, the American Petroleum Institute (API) and the National Ocean Industries Association (NOIA) released a new analysis outlining the potential economic consequences of delaying the Department of the Interior’s five-year program for leasing in the Gulf of Mexico. The next five-year offshore leasing program must be in place by July 1, 2022, but is well behind schedule, and no offshore lease sales can be held unless DOI implements a new program, the API and NOIA said. A delayed five-year program could jeopardize an average of $5 billion in U.S. GDP, they added.

“A delay in the offshore oil and gas leasing program could mean nearly 500,000 barrels per day produced here in the US. At a time of geopolitical uncertainty and rapidly rising energy prices, Gulf of Mexico oil and gas production is more important than ever,” NOIA said.

API also responded to Biden’s announcement about the Strategic Petroleum Reserve. API President and CEO Mike Sommers said in an email sent to the media.

There are many factors behind rising energy costs, from geopolitical volatility and supply chain constraints to policy uncertainty, and the American people deserve real solutions. The SPR was put in place to reduce the impact of significant supply chain disruptions, and while today’s release may provide some short-term relief, it is far from a long-term solution to the economic pain Americans are feeling at the pump.

“The best thing the White House can do right now is to remove barriers to investment in American energy production and infrastructure,” Sommers said. “Unfortunately, today we heard more mixed signals about developing affordable, reliable and secure American natural gas and oil.” He went on to say:

The administration once again has a fundamental misunderstanding of how leases work, The percentage of producing leases is at a two-decade high, with nearly two out of three leases producing natural gas and oil. With nearly 5,000 permits awaiting approval from the administration and thousands more tied up in litigation, we stand ready to work with the administration to expand domestic production and ensure the U.S. and our allies have access to the affordable, reliable energy that’s needed not only today but for years to come.

The Washington Post reported on Biden’s policies, including his “use it or lose it” ultimatum to oil and gas companies that have leases that are not actively producing:

Biden faces political pressure to show he is tackling high gas prices, and he sought to deflect voters’ anger, blaming Russian President Vladimir Putin for launching the war against Ukraine and citing oil companies for leaving drilling prospects idle and land untapped. The president also noted that the country’s rapid recovery from the pandemic had unleashed a torrent of demand for fuel.

Saying some U.S. oil companies are putting profits over production, he called on Congress to impose fees on companies that do not take full advantage of the leases allowing them to extract oil from federal land. “It’s not the time to sit on record profits. It’s time to step up for the good of your country,” Biden said. 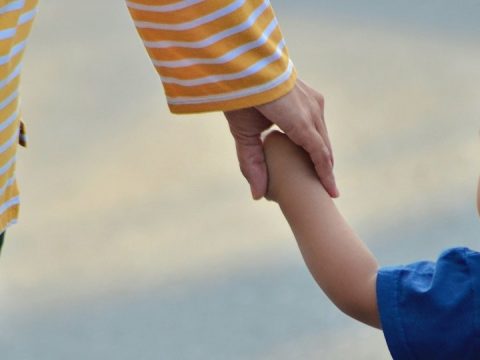