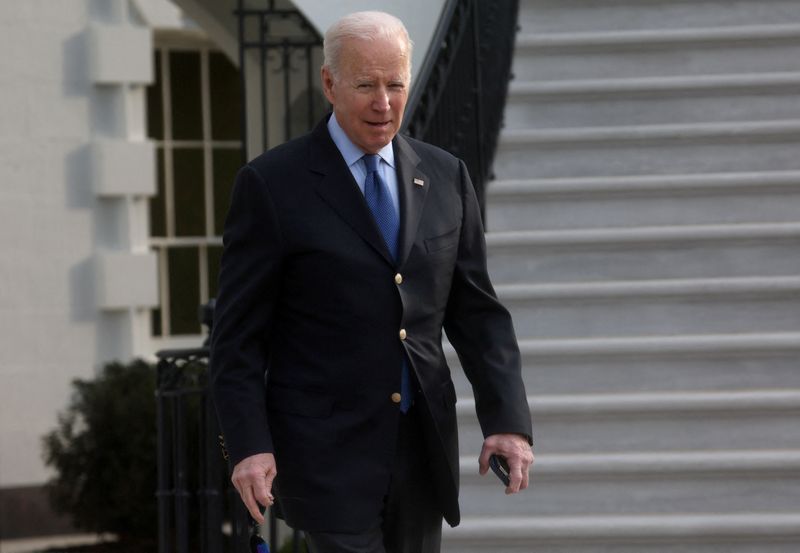 FILE PHOTO: U.S. President Joe Biden approaches the news media before boarding Marine One for travelling to Brussels from the South Lawn of the White House in Washington, U.S., March 23, 2022. REUTERS/Leah Millis/File Photo

By Steve Holland and Nandita Bose

WASHINGTON (Reuters) -U.S. President Joe Biden adopted a cautious attitude on Tuesday to Russian vows to redeploy forces around Kyiv as the United States and its allies began discussion on a potential new $500 million aid package for Ukraine.

Speaking alongside Singapore Prime Minister Lee Hsien Loong, Biden said the economic sanctions that have hobbled the Russian economy would continue while the United States and its allies monitor what Moscow does with its forces.

“We’ll see. I don’t read anything until it until we see what their actions are,” said Biden.

He said the consensus among the leaders was to wait to see what the Russians offer.

A White House statement on Biden’s phone call with the allies said they reviewed efforts to provide humanitarian assistance to the millions affected by the violence inside Ukraine and those seeking refuge in other countries.

“They also discussed the importance of supporting stable energy markets in light of current disruptions due to sanctions,” it said.

The call comes amid peace talks between Russia and Ukraine in Istanbul on Tuesday in which Moscow promised to scale back its military operations near the Ukrainian cities of Kyiv and Chernihiv and Ukraine proposed a neutral status with international security guarantees while maintaining its territory.

“We are clear-eyed about the reality of what’s happening on the ground,” said a U.S. official, who spoke on condition of anonymity. “No one should be fooled by Russia’s announcement. We believe any movement of Russian forces from around Kyiv is a redeployment, not a withdrawal.”

A source familiar with the situation told Reuters that the United States and its allies are discussing another possible round of assistance for Ukraine that could reach a collective $500 million.

The U.S. official declined to confirm the figure but said the United States was “actively working on how best to continue our support for the Ukrainian government through security, humanitarian and financial assistance.”

Biden returned from Europe where last week he visited with top European leaders in person and attended a North Atlantic Treaty Organization (NATO) summit on the Western response to Russia’s more than monthlong invasion of neighboring Ukraine.

Macron was scheduled to talk to Russian President Vladimir Putin on Tuesday. 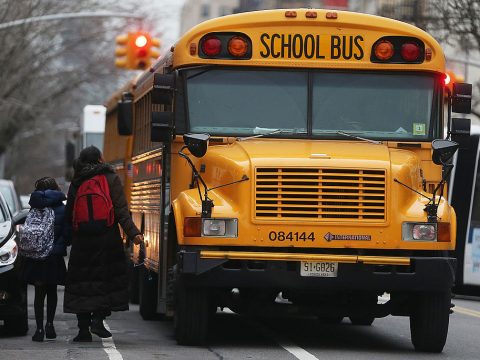