The Biden administration this week closed a foreign lobbying investigation into a Hunter Biden-linked consulting firm without charges, delivering a much-needed win to the president’s embattled son.

Beltway PR firm Blue Star Strategies had been under investigation for its work for Burisma Holdings, the Ukrainian gas company that had Hunter Biden on its board of directors. Biden’s work for Burisma has raised conflict of interest concerns, since the partnership began when his father was the Obama administration’s chief negotiator with Ukraine. The younger Biden facilitated a consulting deal for Blue Star Strategies in late 2015 to help Burisma burnish its image with U.S. government officials. Burisma’s owner, Mykola Zlochevsky, was the subject of a bribery investigation at the time.

The end of the Blue Star probe is a positive development for Hunter Biden, who is under investigation over his tax affairs, foreign business dealings, and possible foreign agent activity. The probe has caused a political headache for the White House, which has dodged questions about President Joe Biden’s knowledge of his son’s business dealings. Congressional Republicans have said they plan to reignite investigations into Hunter Biden’s work if they retake control of the House and Senate.

Prosecutors informed an attorney for Blue Star Strategies that they plan to close the investigation, the Washington Post reported. The attorney, former Obama DOJ official Peter Kadzik, said that prosecutors found no wrongdoing on the part of Blue Star, which was founded by former Clinton administration officials Sally Painter and Karen Tramontano.

Blue Star Strategies resolved the case in part by retroactively registering as a foreign agent of Burisma. In the disclosure, reported by the Washington Free Beacon, Painter and Tramontano said they arranged two meetings between State Department officials and a lawyer for Zlochevsky in order to find out the U.S. government’s position toward the Burisma owner.

Hunter Biden has yet to register as a foreign agent of Ukraine even though he discussed Burisma with at least one State Department official, Amos Hochstein.

Biden and a business partner were paid more than $80,000 a month starting in April 2014 to serve on Burisma’s board. Though Biden has said his job was to scout out investment deals for the energy giant, he was intricately involved in Burisma’s efforts to rehabilitate the company’s reputation.

In addition to Blue Star, Biden also worked with partners at his old law firm, Boies Schiller Flexner, to craft a public relations and government relations strategy for Burisma. One Boies Schiller Flexner partner, Heather King, told Biden in a May 2014 email that the firm would arrange State Department meetings for Burisma but wanted to avoid registering the work under the Foreign Agents Registration Act or the Lobbying Disclosure Act. King said the firm would “execute the political and legal work right up to the line where we would need to register as lobbyists.” 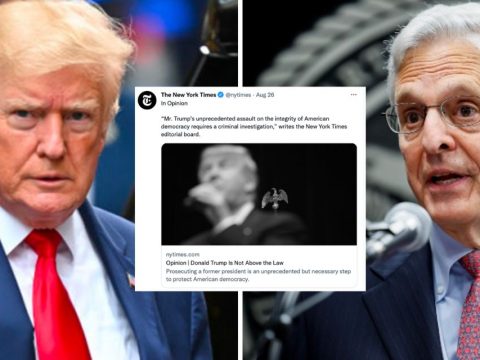 0 22
In The Wake Of Roe’s Demise, Democrats Are Doing All They Can To Thwart Democracy