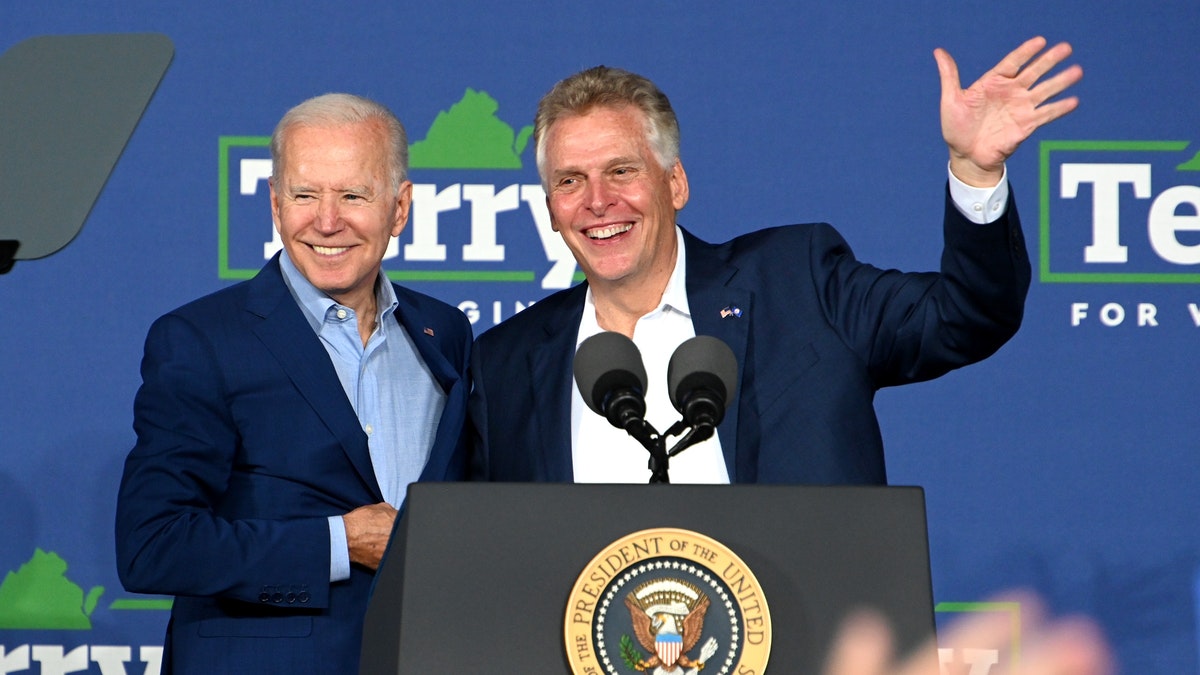 How bad was the thumping? That 10.11% winning margin was the largest for a Democratic presidential candidate since 1944, when Franklin D. Roosevelt beat Thomas Dewey 62.4% to 37.4%.

But the two latest polls in the state put the Democrat Terry McAuliffe up by just a single point over Republican Glenn Youngkin.

Even the Associated Press is pondering why McAuliffe — who has made Trump a central part of his campaign — is struggling.

“Internally, there is fear that they may have overestimated voters’ desire for an experienced politician. And some allies worry that McAuliffe’s hyper-focus on former President Donald Trump may not energize voters in the same way it did when he was in office,” the AP wrote.

In desperation, McAuliffe has called out the big guns to help him. Vice President Kamala Harris has campaigned for him and President Joe Biden on Tuesday made his second trip to the state in hopes of installing McAuliffe into the governor’s mansion once again.

Former President Barack Obama dropped by over the weekend, seeking to link Youngkin to Trump, saying the Republican candidate encourages “lies and conspiracy theories” about the January 6 riot at the U.S. Capitol.

“Either he actually believes in the same conspiracy theories that resulted in a mob, or he doesn’t believe it but he is willing to go along with it, to say or do anything to get elected. And maybe that’s worse … because that says something about character,” Obama said.

With just days to go before the gubernatorial election in Virginia, a reporter from a national mainstream media outlet asked McAuliffe a shocking question.

“Well,” McAuliffe said, “we did this last time. I mean, we did the same thing in ’13. I mean, we always bring them in. This is what — this is the biggest race in America. Who doesn’t want to be here?”

McAuliffe has gone so far as to admit that Biden could be a drag, what with rising inflation, soaring gas prices, and supply chain issues