President Joe Biden on Monday claimed that “a 9mm bullet blows the lung out of the body.”

Biden landed back at the White House on Memorial Day and fielded various questions from reporters, many of which focused on gun control. The debate is front and center after a mass shooter killed 19 children and two teachers in Uvalde, Texas.

At one point, the president was pressed on whether there’s any particular element regarding gun reform that he believes could be successful. Biden began by noting that he hasn’t negotiated with any Republicans yet before discussing an old visit he took to a trauma hospital in New York.

“They [doctors] showed me an x-ray,” Biden said according to a pool report.

“A .22 caliber bullet lodged in the lung, they can probably get it out … A 9mm bullet blows the lung out of the body. So the idea that a high caliber weapon … there’s simply no rational basis for it in terms of self protection, hunting,” the president added.

The White House did not immediately respond to a request for comment from the Daily Caller regarding Biden’s remarks.

The 9mm is the most popular handgun caliber in America, according to a 2019 article by Guns.com.

Notably, the president has commented on 9mm bullets in the past. While attending a private fundraiser in Seattle in 2019, Biden wondered aloud about why America allows its citizens to own “military-style weapons,” tying in “pistols with 9mm bullets” as an example.

“Why should we allow people to have military-style weapons including pistols with 9mm bullets and can hold 10 or more rounds?” Biden said at the time, according to the Seattle Times. (RELATED: JOHNSTON: Here’s What One Democrat Gets Wrong About Biden’s Gun Agenda)

Biden also repeated a false claim regarding the Second Amendment, saying that “you couldn’t buy a cannon when” it “was passed.” PolitiFact rated this claim as “false” back in April, noting that Biden has repeatedly made this declaration.

“The Second Amendment did not place limits on individual ownership of cannons,” according to PolitiFact. “Federal gun regulation came decades after the amendment passed. Biden has made this False statement before.”

A note on this claim, which Biden has repeated in the past, via PolitiFact: “The Second Amendment did not place limits on individual ownership of cannons.”https://t.co/WUMKWyB9o6 https://t.co/2z5AAWnBA8

Ultimately, Biden said Monday that he believes “things have gotten so bad that everybody is getting more rational about” the gun debate. He noted that he “can’t dictate” things like outlawing a weapon or changing a background check, but vowed to take “any executive action I can take.” 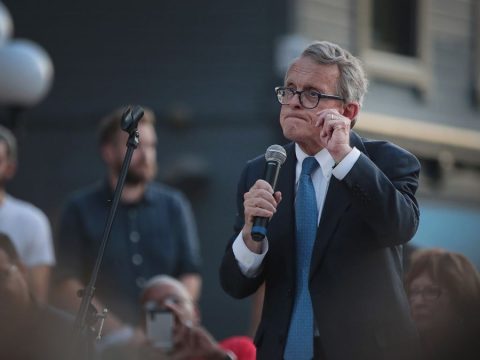 0 12
McCarthy Presses Biden To Meet With Congressional Leaders Over Crisis In Cuba: ‘Now Is The Time To Act’