President Joe Biden admitted that his administration does not have the U.S.-Mexico border “under control” when pressed by reporters on the subject Tuesday.

Biden made the comments during a brief interaction with reporters at the United Nations General Assembly in New York City. The U.S. southern border has faced record-setting border crossings since soon after Biden gained office in January.

“Mr. President, what’s your reaction to the images coming from the southern border?” a reporter asked.

“We’ll get it under control,” Biden responded.

“We will get it under control,” the president said.

TOPSHOT – Haitian migrants, part of a group of over 10,000 people staying in an encampment on the US side of the border, cross the Rio Grande river to get food and water in Mexico, after another crossing point was closed near the Acuna Del Rio International Bridge in Del Rio, Texas on September 19, 2021. (PAUL RATJE/AFP via Getty Images)

Biden’s comments appeared to contradict messaging from Homeland Security Secretary Alejandro Mayorkas, who refused to describe the situation at the southern border as a “crisis” Tuesday on CNN. (RELATED: ‘Where Is She?’: MSNBC Anchor Tears Into ‘Border Czar’ Kamala Harris For Not Handling Border Crisis)

“This is really — this is something we haven’t seen before,” CNN Anchor Brianna Keilar told Mayorkas of the border crisis. “A — this camp inside of the United States, with thousands of people, what is the reticence to call something that is so clearly a crisis a crisis?”

“I call it a heartbreaking situation, a tremendous challenge,” Mayorkas responded.

The border crisis came to a head Friday when a group of roughly 10,000 Haitian migrants attempted to cross the Texas border.

US Border Patrol agents try to stop Haitian migrants entering an encampment on the banks of the Rio Grande in Del Rio, Texas.

Biden’s immigration policies have remained his least popular since entering office. His approval rating has continued to drop since June, largely due to the resurgance of COVID-19 and his much-criticized handling of the U.S. withrdawal from Afghanistan.

Biden appointed Vice President Kamala Harris as his border czar in March, but few have praised her efforts throughout the crisis.

0 25
Report: Victims Of USA Olympic Team Doctor Larry Nassar To Be Be Paid $380 Million In Settlement 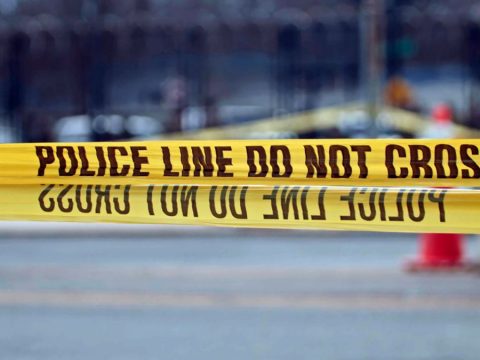 0 30
DeSantis Accompanied His Wife To Cancer Treatment. Democrats Mocked Him For Being ‘Missing’