FILE – Marc and Debra Tice, the parents of Austin Tice, who is missing in Syria for nearly six years, speak during a press conference, at the Press Club, in Beirut, Lebanon, Dec. 4, 2018. (AP Photo/Bilal Hussein, File)

The Biden administration has worked hard to bring back American journalist Austin Tice from Syria. President Biden has been revamping his efforts to return Americans illegally held hostage in other countries.

On Monday, White House Press Secretary Jen Psaki confirmed the President met with the parents of Austin Tice who has been held captive in Syria since 2012. Psaki stressed that President Biden is committed to finding a way to bring Tice back home. She said these renewed efforts aim to remedy Biden’s mistakes.

“I would note that since the December meeting with our National Security Adviser Jake Sullivan, our Principal Deputy National Security Adviser John Finer and other NSC officials have met with the Tice family in person on three occasions, including a meeting just last week,” Psaki explained. “So we have been very closely engaged with the family and obviously meeting with the President is an additional and more significant step in that regard, but we have been in close touch with them as well.”

Late last year,  families of victims of wrongful imprisonment abroad expressed frustration with the Biden administration while claiming they were not able get a meeting with White House staff.

Tice, a Marine Corps veteran, was reportedly kidnapped in Syria in 2012 while reporting on the civil war raging in that country. However, the Assad regime has repeatedly denied detaining Tice.

In late 2020, the Trump administration sent two envoys, including Special Envoy for Hostage Negotiations Roger Carstens to Syria to gather information on Americans trapped in the country. The secret meeting was the highest level talks between the US and Syrian governments.

Last month, Carstens was deployed to Israel to speak with hostage negotiators to troubleshoot the Tice case, but those talks have not produced any immediate results. The State Department has stated it won’t stop until detained Americans are reunited with their families.

“When it comes to our efforts to free Americans, the Special Presidential Envoy for Hostage Affairs, Ambassador Carsons, he will go anywhere, stated Ned Price, State Department spokesperson. “He will talk to anyone if it means that we’re able to come home with an American to reunite that American with her, his family.”

Meanwhile, top US diplomats believe they will be able to bring Tice and others back. They cited the recent release of Marine Veteran Trevor Reed in a prisoner swap after being imprisoned in Russia since 2019. President Biden has been working tirelessly to bring back Tice from Syria as well as other Americans imprisoned in other countries.

All copyrights and legal uses attributed to content are located at the article origination: © OANN, Biden admin. working to bring back American journalist Austin Tice 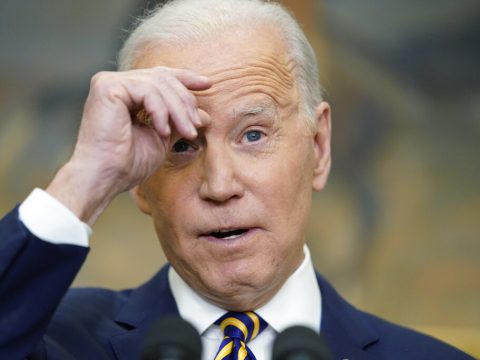