“We are looking at it. In fact, the president has asked us on his team to analyze that. And so we are in the process of doing that for him and he will have to make that decision,” Raimondo told CNN in an interview with Jake Tapper about the topic.

She added that putting tariffs on products like “steel and aluminum” are useful to protect American suppliers, but tariffs on items like “household goods” and bicycles may be worth lifting.

Former President Donald Trump imposed tariffs on billions of dollars worth of Chinese imports during his administration. He campaigned on increasing American production and called China’s entrance into the World Trade Organization the “greatest jobs theft in history.”

“Some of the tariffs that were imposed by President Trump in retaliation for China’s unfair trade practices, some of them, to me, seem as though they imposed more harm on consumers and businesses,” Yellen said in an interview in May.

Yellen admitted Wednesday that she was wrong about her previous inflation predictions.

Tapper pressed Raimondo for making similar predictions in the past, downplaying inflation.

Raimondo conceded that Americans are “clearly … struggling with inflation” after previously saying that inflation will be a “short-term problem” six months ago. She repeated the administration’s narrative of gas prices rising due to Russia’s war on Ukraine. (RELATED: Biden Admin’s Favorite Gas Talking Point Is False, Economists Say)

“The cause of this inflation is the supply chain problems that were caused by COVID,” she continued, adding that “Putin’s war” is a cause for rising food prices. 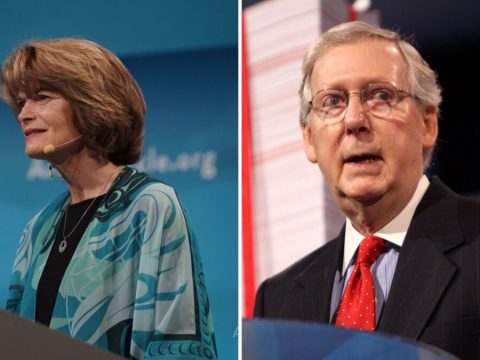