The Biden administration withdrew federal support for a lawsuit filed last year by female high school athletes seeking to keep biological men who identify as women out of women’s sports.

The Trump Department of Justice and Education Department’s Office for Civil Rights both supported the suit, which alleges the Connecticut Interscholastic Athletic Conference cost the plaintiffs titles and scholarship opportunities by allowing transgender women to compete against them.

The Office for Civil Rights withdrew its support of the lawsuit pursuant to President Biden’s executive order banning discrimination based on gender identity, a spokesman told the Washington Free Beacon.

“The Department is reviewing the case in light of President Biden’s Executive Order on Preventing and Combating Discrimination on the Basis of Gender Identity or Sexual Orientation. The Department shares President Biden’s commitment to protecting the rights of all students and is committed to fulfilling our nation’s promise of equal educational opportunity.”

Under President Trump, the Office for Civil Rights notified the Connecticut Interscholastic Athletic Conference that including transgender women in women’s sports violated Title IX protections and resulted “in lost benefits and opportunities for female student-athletes.” The Education Department had referred the case to the Justice Department, which released a brief stating that Connecticut’s policy violated Title IX.

But the office’s Tuesday letter said the former interpretation of Title IX “should not be relied upon.” The office also withdrew the referral of the case to the Justice Department.

The move is the latest push from Democrats to expand Title IX protections to include transgender women—which opponents say could erase those same protections for biological women.

On Wednesday, the House is expected to vote on the Equality Act, which would require federally funded institutions like universities to accommodate students in housing, restrooms, and sports teams based on the gender they identify as instead of their biological gender.

In Connecticut, 15 transgender athletes have won state titles in women’s sports and 13 have set new state records, Rep. Vicky Hartzler (R., Missouri) said at a Heritage Foundation event on Tuesday. She warned that the Equality Act would essentially abolish women’s sports in the United States.

“It endangers women’s opportunities to win and to compete and to get scholarships. If this is allowed to go nationwide through the Equality Act, we won’t have women’s sports that are fair,” Hartzler said.

Transgender women—biological men who transition to or otherwise identify as women—retain an athletic advantage over their biologically female counterparts for more than a year after beginning transition therapy, according to a December study. 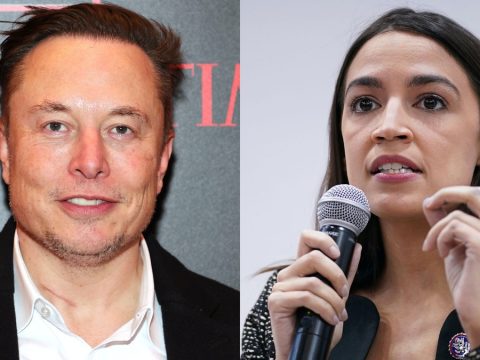