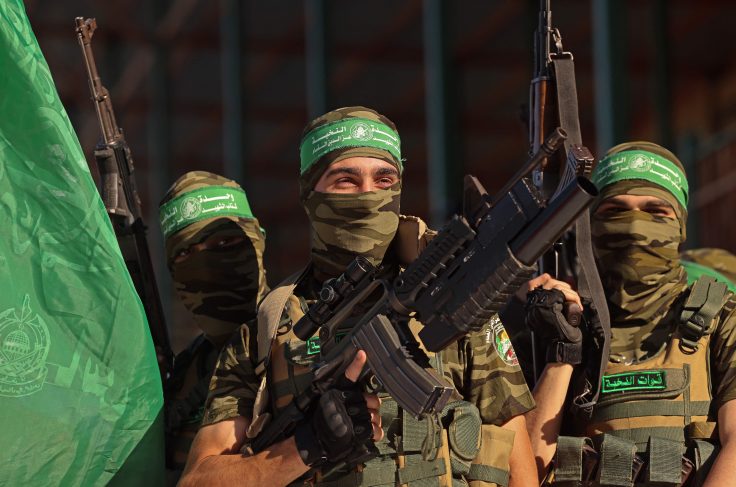 As the Biden administration allocates more than $100 million in U.S. taxpayer aid to the Palestinian government and aid groups, critics are raising concerns that the State Department cannot ensure this aid won’t reach the Iranian-backed terror group Hamas.

State Department officials have thus far declined to outline what mechanisms, if any, it has put in place to stop a tranche of aid money from reaching Hamas, which controls the Gaza Strip and is responsible for initiating a deadly conflict with Israel this month. The State Department admitted this week that it could not guarantee the tranche of money will be kept from Hamas.

“As we’ve seen in life, as we all know in life, there are no guarantees,” a senior department official said.

U.S. aid money has reached Hamas and Palestinian terrorists in the past, prompting the Trump administration to stop sending aid in 2018. One of Secretary of State Antony Blinken’s first moves after taking office was to resume the aid without preconditions. That appears to be the case again as the administration commits millions more to the Gaza Strip and United Nations Relief and Works Agency (UNRWA), which allows Hamas to use its facilities. Multiple Republican foreign policy leaders and a top former Trump administration official described the moves as reckless. They said the State Department’s first priority should be putting stringent barriers in place to ensure no aid money gets to Hamas and its affiliated militant groups.

“The Biden Administration has a fundamental obligation to do whatever it can to prevent American taxpayer dollars from winding up in the bank accounts of terrorists. It is in no way acceptable for the State Department to flippantly offer that this is all a matter of fate well beyond their control,” Rep. Darrell Issa (R. Calif.), a member of the House Foreign Affairs Committee, told the Washington Free Beacon.

Issa also called out the administration for declining to provide further explanation about its “no guarantees” remark.

“This reinforces the imperative of Congress’ core oversight function, and I hope that the White House provides quick clarification and commits to redoubling all its efforts to ensure that American aid is never handed over to those who would use it to take other people’s lives,” Issa said.

Jonathan Schanzer, a former terrorism finance analyst at the Treasury Department and the vice president for research at the Fund for the Defense of Democracies, said that most established aid channels are rife with corruption and in need of serious reform. The Biden administration can ensure money does not reach terrorists only if it sets out to wholly reform organizations, such as UNRWA, that work alongside the notoriously corrupt Palestinian authority.

“There needs to be approved aid organizations that are trusted by all sides. This probably means that new organizations should be created, with strong oversight mechanisms to prevent what has happened for more than a decade. The current channels have clearly failed,” Schanzer said. “But the real problem is not the aid channels: The real problem here is Hamas’s control of Gaza. As long as this Iran-backed terrorist group retains its iron grip, it will be extremely difficult to help the population without inadvertently funding Hamas.”

Former U.N. ambassador Nikki Haley, who led efforts to stop American aid dollars from reaching Palestinian terrorists, told the Free Beacon that “America should not be funding problems we’d like to solve.” Hamas and UNRWA, she said, “are big problems that make Middle East peace harder. Biden will end up funding both and get less peace.”

“The State Department needs to safeguard taxpayer dollars and make sure we’re not funding a war against Israel,” Banks said.

Blinken just wrapped up a multi-stop tour through the Middle East to promote a ceasefire between Israel and Hamas and announce $110 million in U.S. aid to the Palestinians. This aid includes $5.5 million in immediate disaster relief funding for the Gaza Strip and another $75 million throughout the year. More than $32 million will be awarded to UNRWA.

Blinken, in remarks earlier this week, said the administration is pursuing a “coordinated international effort to ensure immediate assistance reaches Gaza in a way that benefits the people there and not Hamas.” He did not describe how the administration would uphold this pledge.