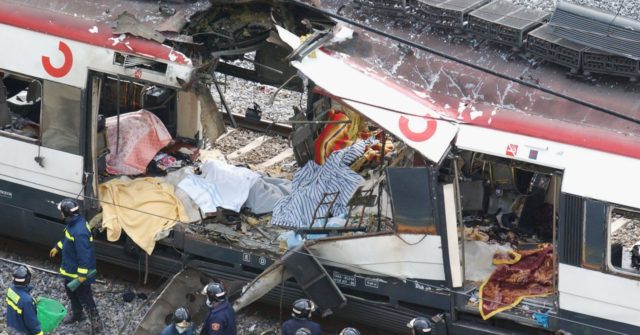 An attempt to deport radical Islamic imam Abdallah Ouahbour, who is believed to be linked to the 2004 Madrid terror attack, failed after his removal was rejected by an administrative court in Belgium.

Belgian Secretary of State for Asylum and Migration Sammy Mahdi began the deportation process last year in June, arguing that 48-year-old Moroccan national imam Abdallah Ouahbour, who was born in Belgium, should be deported.

Ouahbour is said to be one of the main leaders of the “Masseik Group” which is linked to the 2004 bombing of a train in Madrid and 2003 bombings in the Moroccan city of Casablanca that killed around 250 people combined, newspaper Le Soir reports.

Reports from Belgian State Security and the Coordinating Body for Threat Analysis (OCAM) have both stated that Ouahbour is both a hate preacher and has a high level of threat to Belgian security.

Ouahbour, meanwhile, has stated that he should not be deported to Morroco because he suffers from post-traumatic stress disorder (PTSD) and also fears that he may be arrested if he is sent to the country.

Belgium’s Conseil du Contentieux des Etrangers (CCE), an administrative court that deals with expulsion orders, found that the reasons listed by the Secretary of State for Asylum and Migration were “too general” and “too vague” and rejected the deportation order.

The CCE went on to state that Belgian State Security must put forward more concrete allegations of threats for such an order to be accepted.

The move to reject the deportation of the imam comes just weeks after the government stripped the residency permit of the chief imam of the Al Khalil Grand Mosque in Molenbeek Mohamed Toujgani over security concerns.

Toujgani, who served as the imam of the largest mosque in Belgium, had been an influential figure in the Belgian Muslim community for years and once preached for the burning of “oppressive Zionists”. He is alleged to have already left the country prior to the stripping of his residency.

Secretary of State for Asylum and Migration Mahdi spoke out on the matter saying, “In the past, we have given radical preachers too much leeway. This man was probably the most influential preacher in Belgium. With this decision, we are making a difference and giving a clear signal: we will not tolerate those who divide and threaten our national security.”

The arrest is just the latest in Molenbeek, which has been known as a hotbed for radical Islamic extremism in Europe for years and provided a home to many terrorists, including some of those who carried out the 2015 Paris Bataclan massacre https://t.co/dUHCrbYsKI