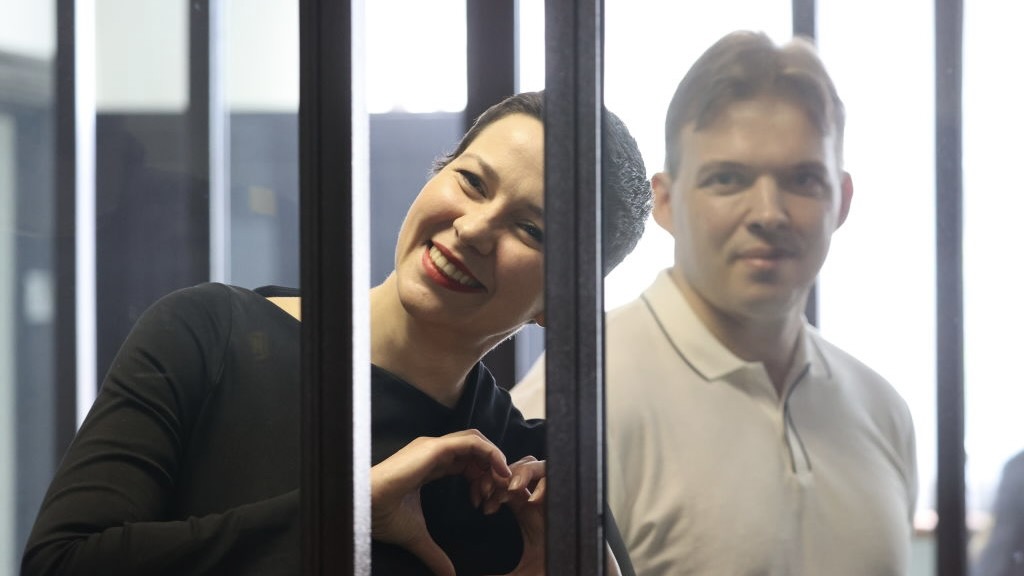 Two top opposition leaders in Belarus were sentenced to prison on Monday after being part of efforts to push back against the Lukashenko regime.

One opposition leader, Maria Kolesnikova, was found to be guilty “of conspiracy to overthrow the government,” per The Washington Post. She was part of protests last year against the election of Belarusian President Alexander Lukashenko. Those who oppose the Lukashenko regime claim that the election was fraudulent. She was sentenced to eleven years in prison.

“Her opposition colleague, lawyer Maxim Znak, 40, who stood trial alongside her, was sentenced to 10 years. The two were also convicted of inciting action aimed at harming national security and the creation of an extremist group,” The Post added.

Authorities reportedly attempted to deport Kolesnikova last year, but she refused to be pushed out of the country and stayed to be tried instead.

The Washington Post reported that she became a figure of the Belarusian opposition forces last year after “she was abducted in the street in Minsk by masked security agents last September and driven to the Ukraine border.”

“Told she could leave or stand trial, she refused to depart, ripped up her passport to avoid deportation, and was arrested and tried. She later said in a statement released through a lawyer that the security agents told her she could be deported ‘alive or in pieces,’” the outlet added.

The international community has expressed disapproval of the treatment of protesters in Belarus, and released statements confirming such feelings on Monday.

“Regrettably, these sentencings are further evidence of the regime’s total disregard for the human rights and fundamental freedoms of the people of Belarus,” he added.

Blinken continued, saying, “We reiterate our call for an end to the campaign of repression against the people of Belarus for exercising their human rights inside and outside Belarus and for the immediate and unconditional release of all political prisoners – including Ms. Kalesnikava and Mr. Znak. We reiterate our call for Belarusian authorities to begin a genuine dialogue with the democratic opposition and members of civil society leading to free and fair elections under international observation.”

The European Union also decried the imprisonment of the two opposition leaders.

“The E.U. deplores the continuous blatant disrespect by the Minsk regime of the human rights and fundamental freedoms of the people of Belarus,” spokesman Peter Stano said in a statement. “The EU also reiterates its demands for the immediate and unconditional release of all political prisoners in Belarus,” he said.

Britain also spoke out against the sentences. “The sentencing of Maria Kolesnikova and Maksim Znak shows the Belarusian authorities continuing their assault on the defenders of democracy and freedom,” Foreign Secretary Dominic Raab said.

“Locking up political opponents will only deepen the pariah status of the Lukashenko regime.”

Sviatlana Tsikhanouskaya, the candidate who ran for the presidency last year against Lukashenko, voiced support for the two leaders, as well.

“The regime sentenced Maria Kalesnikava & Maksim Znak to 11 & 10 years in prison. We demand the immediate release of Maria & Maksim, who aren’t guilty of anything. It’s terror against Belarusians who dare to stand up to the regime. We won’t stop until everybody is free in Belarus,” she tweeted.

“Maria & Maksim are the heroes for Belarusians. The regime wants us to see them crushed & exhausted. But look – they are smiling & dancing. They know –  we will release them much earlier than these 11 years. Their terms shouldn’t frighten us – Maksim and Maria wouldn’t want this,” she added.

Maria & Maksim are the heroes for Belarusians. The regime wants us to see them crushed & exhausted. But look – they are smiling & dancing. They know – we will release them much earlier than these 11 years. Their terms shouldn’t frighten us – Maksim and Maria wouldn’t want this. pic.twitter.com/9aLMyArjXa 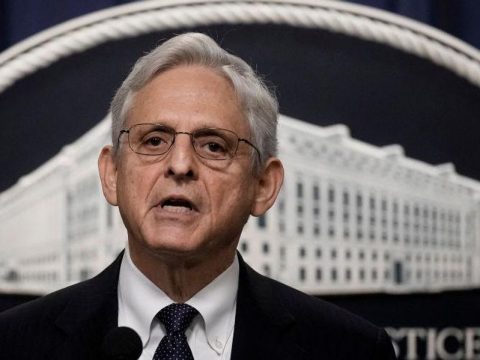 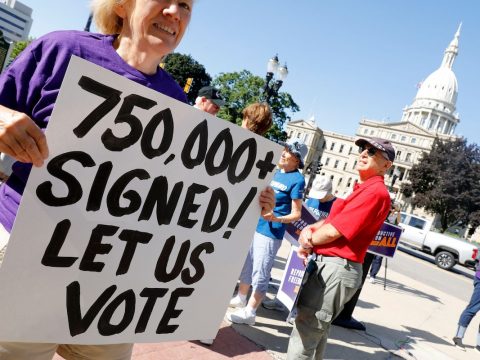